"Waiting on" Wednesday: No One Is Coming To Save Us 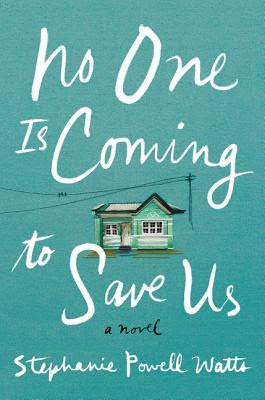 No One Is Coming To Save Us
Stephanie Powell Watts
Expected publication date: April 4, 2017


The Great Gatsby brilliantly recast in the contemporary South: a powerful first novel about an extended African-American family and their colliding visions of the American Dream.

JJ Ferguson has returned home to Pinewood, North Carolina to build his dream home and to woo his high school sweetheart, Ava. But he finds that the people he once knew and loved have changed, just as he has. Ava is now married, and wants a baby more than anything. The decline of the town’s once-thriving furniture industry has made Ava’s husband Henry grow distant and frustrated. Ava’s mother Sylvia has put her own life on hold as she caters to and meddles with those around her, trying to fill the void left by her absent son. And Don, Sylvia’s undeserving but charming husband, just won’t stop hanging around.

JJ’s newfound wealth forces everyone to consider what more they want and deserve from life than what they already have—and how they might go about getting it. Can they shape their lives to align with their wishes rather than their realities? Or are they resigned to the rhythms of the particular lives they lead? No One Is Coming to Save Us is a revelatory debut from an insightful voice that combines a universally resonant story with an intimate glimpse into the hearts of one family. - from Goodreads