It's time for another roundup of mini-reviews for the 2017 Backlist Reader Challenge! 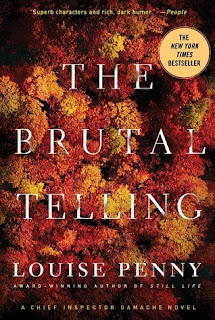 Inspector Gamache is back in Three Pines, investigating the discovery of a body in the bistro owned by Three Pines resident Olivier Brule.

I really enjoyed this installment of the series.  I loved being back in Three Pines, surrounded by the usual cast of characters, plus a few new ones (although Ruth is starting to get on my nerves a little - she's just too odd!).  It always surprises me how involved the townsfolk are in the investigation and how Gamache just tells them every little detail - whatever happened to "no comment, it's an ongoing investigation"?  Also, is it bad that one of the things I like best about these books are the descriptions of food?  I get so hungry while reading!

Anyway, Gamache and his team investigate the murder of a hermit, who no one seems to know.  The hermit's treasure trove of priceless artifacts in his cabin was a nice touch, and so interesting to read about some of the pieces.  My love for Gamache grows with each novel, from his dry humor to his trust in his team, especially when he allows new members to prove themselves.  Olivier is the chief suspect the entire novel, and he really doesn't help himself by constantly lying - doesn't he know better by now, knowing Gamache?  The conclusion to the novel seemed too obvious, so I'm not totally convinced this is the end of this mystery! 4 stars 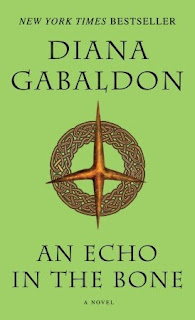 The seventh installment in the Outlander series, this book features the continuing adventures of Jamie and Claire in America during the Revolution.

Gabaldon has added a huge amount of characters since the first book, and this book also features major storylines from John Grey and his stepson, William, and Brianna, Roger, and their kids.  I could have done without so much John Grey/William, especially William.  I think there are companion novels that delve more into their stories, but as I've never read them, I felt like I was missing something.

I enjoyed the Brianna/Roger storyline more than I thought I would; now that they've gone back to the 20th century, it's interesting watching them adjust to their new lives but still remain connected to Claire and Jamie, particularly through letters that somehow miraculously survived.

Unfortunately, with so many characters and storylines, things just get a bit muddled and confusing, trying to keep track of everything.  Gabaldon's novels are obviously well-researched, but sometimes I feel she spends too much time on Claire's medical procedures at the expense of major plot points, particularly a major event involving Jamie that happens near the end of this book.  This could have been expanded upon and the fall-out really explored; while it will most likely be referenced in the next book, it seemed to be dealt with too quickly and too easily.  3 stars
Posted by Angela at 7:00 AM