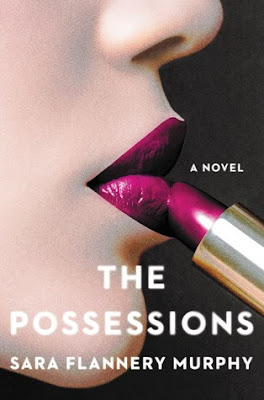 
In an unnamed city, Eurydice works for the Elysian Society, a private service that allows grieving clients to reconnect with lost loved ones. She and her fellow workers, known as “bodies“, wear the discarded belongings of the dead and swallow pills called lotuses to summon their spirits—numbing their own minds and losing themselves in the process. Edie has been a body at the Elysian Society for five years, an unusual record. Her success is the result of careful detachment: she seeks refuge in the lotuses’ anesthetic effects and distances herself from making personal connections with her clients.

But when Edie channels Sylvia, the dead wife of recent widower Patrick Braddock, she becomes obsessed with the glamorous couple. Despite the murky circumstances surrounding Sylvia’s drowning, Edie breaks her own rules and pursues Patrick, moving deeper into his life and summoning Sylvia outside the Elysian Society’s walls.

After years of hiding beneath the lotuses’ dulling effect, Edie discovers that the lines between her own desires and those of Sylvia have begun to blur, and takes increasing risks to keep Patrick within her grasp. Suddenly, she finds her quiet life unraveling as she grapples not only with Sylvia’s growing influence and the questions surrounding her death, but with her own long-buried secrets. - from Goodreads

This was a total impulse grab off the library shelf.  I liked the cover, and the blurb sounded interesting, so home with me it went!

Edie works for the Elysian Society as a "body" - essentially, she is a medium, but goes one step further.  By taking a pill called a lotus, she actually allows the spirit of a deceased person to take over her body, leaving her with no control over her body and mind and no memory of the experience afterward.  Normally, she is able to keep distance between herself and her clients, but Patrick Braddock is different.

Edie is, at times, both a completely boring and seriously complex main character.  I realized that she seemed boring because that's the way she wanted to come across to people.  She doesn't draw attention to herself and her life revolves around her work, where she is able to lose herself.  We find out, through drips carefully parceled out so randomly you might not even notice them if you weren't paying close attention, that Edie has a difficult past that she is trying to hide from.  It's these crumbs that made her more interesting, as I wanted to know where she came from and what happened to her.

Patrick Braddock comes to the Elysian Society looking to speak to his deceased wife, Sylvia.  Edie becomes infatuated with him, seeing him outside of work and eventually starting a relationship with him, which is strictly against the rules.  To me, this relationship was completely one-sided - Patrick obviously has unresolved feelings about his wife and was only using Edie.  When your boyfriend wants you to take a pill to become someone else when you're together, he's probably not that into you.  The fascinating part about this relationship, though, was where the lines got blurred between Edie and Sylvia - it was a question as to who was really in control.

The story featured a couple of mysteries, mainly the circumstances surrounding Sylvia's drowning, the death of a "Jane Doe" that the Elysian Society "bodies" become obsessed with, and Edie's past.  The author dealt with these in varying degrees of success (for instance, I think other readers will agree that the reveal about Edie is both underwhelming and infuriating).

I really enjoyed the writing; the words were so smooth and lulled me into this false sense of calm.  The story moved a bit slow at times, but I would recommend this to anyone looking for something a little outside the box.