"Waiting on" Wednesday: The Finishing School 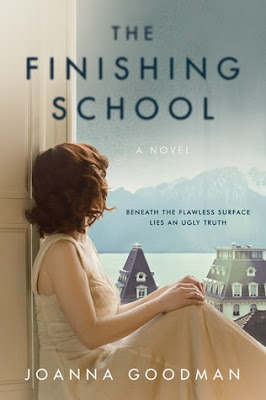 
How far would you go to uncover the truth?

One spring night in 1998 the beautiful Cressida Strauss plunges from a fourth-floor balcony at the Lycée Internationale Suisse with catastrophic consequences. Loath to draw negative publicity to the school, a bastion of European wealth and glamour, officials quickly dismiss the incident as an accident, but questions remain: Was it a suicide attempt? Or was Cressida pushed? It was no secret that she had a selfish streak and had earned as many enemies as allies in her tenure at the school. For her best friend, scholarship student Kersti Kuusk, the lingering questions surrounding Cressida's fall continue to nag long after she leaves the Lycée.

Kersti marries and becomes a bestselling writer, but never stops wondering about Cressida's obsession with the Helvetian Society—a secret club banned years before their arrival at the school—and a pair of its members who were expelled. When Kersti is invited as a guest to the Lycée's 100th Anniversary, she begins probing the cover-up, unearthing a frightening underbelly of lies and abuse at the prestigious establishment. And in one portentous moment, Kersti makes a decision that will connect her to Cressida forever and raise the stakes dangerously high in her own desire to solve the mystery and redeem her past. - from Goodreads