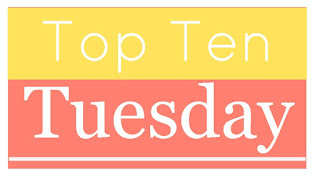 Top Ten Tuesday is a weekly feature hosted by The Broke and the Bookish.  This week's topic is fall TV, so I wanted to make a list of both new shows we want to try out and shows we're anxiously awaiting the return of this fall!