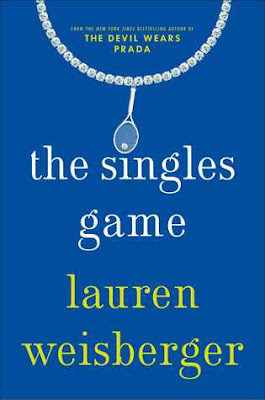 
Charlotte “Charlie” Silver has always been a good girl. She excelled at tennis early, coached by her father, a former player himself, and soon became one of the top juniors in the world. When she leaves UCLA—and breaks her boyfriend’s heart—to turn pro, Charlie joins the world’s best athletes who travel eleven months a year, competing without mercy for Grand Slam titles and Page Six headlines.

After Charlie suffers a disastrous loss and injury on Wimbledon’s Centre Court, she fires her longtime coach and hires Todd Feltner, a legend of the men’s tour, who is famous for grooming champions. Charlie is his first-ever female player, and he will not let her forget it. He is determined to change her good-girl image—both on the court and off—and transform her into a ruthless competitor who will not only win matches and climb the rankings, but also score magazine covers and seven-figure endorsement deals. Her not-so-secret affair with the hottest male player in the world, sexy Spaniard Marco Vallejo, has people whispering, and it seems like only a matter of time before the tabloids and gossip blogs close in on all the juicy details. Charlie’s ascension to the social throne parallels her rising rank on the women’s tour—but at a major price. - from Goodreads

After she suffers an injury that could have ended her career, tennis player Charlie Silver decides she needs to take her game to the next level - and the first thing she does is fire her coach (who is also a good friend) and hire legendary coach Todd Feltner.  The Singles Game follows the next year of her career as she ups her training and undergoes a serious image makeover.

Under Todd's guidance, Charlie not only changes her style of playing to become more aggressive, but also her off-the-court persona.  Because she wants to win a Grand Slam title, Charlie goes along with these changes with little resistance.  For awhile, the new plan seems to be working for her, at least on the court, but eventually Charlie sees that her life has become unrecognizable.  She has to decide who she's playing for and why she's doing it.

I felt bad for Charlie at times; she has to deal with a verbally abusive coach (admittedly, by her own choice), and her father and brother both keep very large secrets from her, because they don't want to interrupt her training.  That was disheartening - I understand she has to keep her focus, but this is her family!

The book was so well-researched and gave a really in-depth look at the lives of professional athletes.  The constant traveling, the strict schedules and rituals, hours of daily practice, random drug-testing, the loneliness - it was fascinating.  The story itself was kind of predictable, but Weisberger's strong and straightforward writing shined through as always.

4 stars: A fun summer read and insider look at the world of professional tennis.
Posted by Angela at 8:00 AM