For as long as I can remember, reading has always been a huge part of my life.  There are books I read as a child that I still remember fondly, and so today I wanted to share some of my childhood favorites! 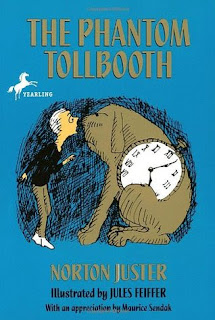 The Phantom Tollbooth by Norton Juster: For Milo, everything’s a bore. When a tollbooth mysteriously appears in his room, he drives through only because he’s got nothing better to do. But on the other side, things seem different. Milo visits the Island of Conclusions (you get there by jumping), learns about time from a ticking watchdog named Tock, and even embarks on a quest to rescue Rhyme and Reason! Somewhere along the way, Milo realizes something astonishing. Life is far from dull. In fact, it’s exciting beyond his wildest dreams. . . . - from Goodreads 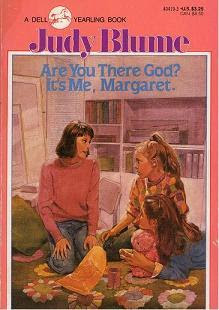 Are You There God? It's Me, Margaret by Judy Blume: Margaret Simon, almost twelve, likes long hair, tuna fish, the smell of rain, and things that are pink. She’s just moved from New York City to Farbook, New Jersey, and is anxious to fit in with her new friends—Nancy, Gretchen, and Janie. When they form a secret club to talk about private subjects like boys, bras, and getting their first periods, Margaret is happy to belong.  But none of them can believe Margaret doesn’t have religion, and that she isn’t going to the Y or the Jewish Community Center. What they don’t know is Margaret has her own very special relationship with God. She can talk to God about everything—family, friends, even Moose Freed, her secret crush. - from Goodreads 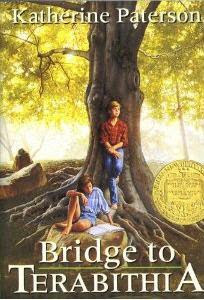 Bridge to Terabithia by Katherine Paterson: Jess Aarons' greatest ambition is to be the fastest runner in his grade. He's been practicing all summer and can't wait to see his classmates' faces when he beats them all. But on the first day of school, a new girl boldly crosses over to the boys' side and outruns everyone.  That's not a very promising beginning for a friendship, but Jess and Leslie Burke become inseparable. Together they create Terabithia, a magical kingdom in the woods where the two of them reign as king and queen, and their imaginations set the only limits. - from Goodreads 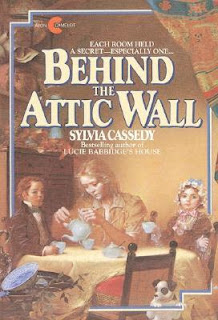 Behind the Attic Wall by Sylvia Cassedy: They were watching...and waiting.  At twelve, Maggie had been thrown out of more boarding schools than she cared to remember. "Impossible to handle," they said -- nasty, mean, disobedient, rebellious, thieving -- anything they could say to explain why she must be removed from the school.  Maggie was thin and pale, with shabby clothes and stringy hair, when she arrived at her new home. "It was a mistake to bring her here," said Maggie's great-aunts, whose huge stone house looked like another boarding school -- or a prison. But they took her in anyway. After all, aside from Uncle Morris, they were Maggie's only living relatives.  But from behind the closet door in the great and gloomy house, Maggie hears the faint whisperings, the beckoning voices. And in the forbidding house of her ancestors, Maggie finds magic...the kind that lets her, for the first time, love and be loved. 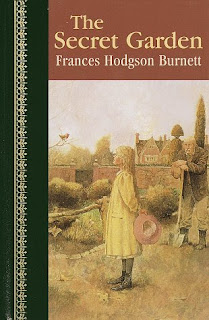 The Secret Garden by Frances Hodgson Burnett: When orphaned Mary Lennox comes to live at her uncle's great house on the Yorkshire Moors, she finds it full of secrets. The mansion has nearly one hundred rooms, and her uncle keeps himself locked up. And at night, she hears the sound of crying down one of the long corridors.  The gardens surrounding the large property are Mary's only escape. Then, Mary discovers a secret garden, surrounded by walls and locked with a missing key. One day, with the help of two unexpected companions, she discovers a way in. Is everything in the garden dead, or can Mary bring it back to life? - from Goodreads


And I loved a good series: Goosebumps, Nancy Drew, and The Baby-sitter's Club were my favorites! 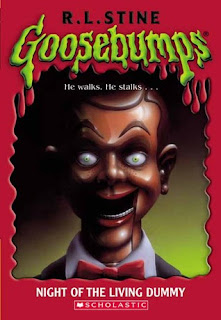 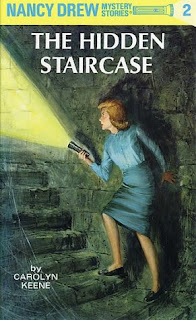 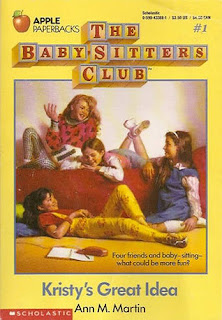 What were some of your favorite books to read as a child?﻿
Posted by Angela at 8:00 AM