The Bold Type is such a fun show about three young women who work for a Cosmo-like magazine - one is a secretary, one is a social media coordinator, and one is a writer.  It's pretty cool to see some behind-the-scenes stuff about how magazines are run, and of course, there's always lots of personal drama as well!﻿ 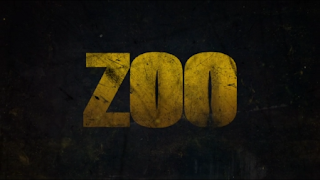 Based on a novel by James Patterson, Zoo is about a group of people who investigate an outbreak of violent animal attacks around the globe.  We've been binge-watching the first two seasons on Netflix and, yeah, it gets a little outlandish at times, but it's so addictive!

It's no secret that I'm a huge fan of disaster stories, so when I heard about this summer series about an asteroid heading towards earth, I knew I had to watch it.  Government conspiracies, shady reporters, and confusing science abound - but if you suspend disbelief for awhile, it's actually a pretty fun show!﻿

Are you watching any of these shows?  What have you been watching lately?
﻿
Posted by Angela at 5:00 AM