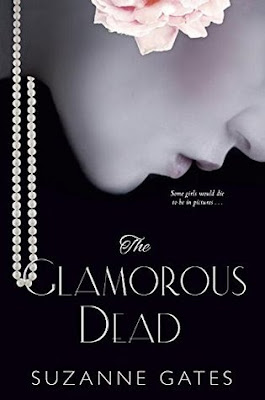 
Set in the dream factory of the 1940s, this glittering debut novel follows a young Hollywood hopeful into a star-studded web of scandal, celebrity, and murder . . .

The chipped pink nail polish is a dead giveaway--no pun intended. But when a human thumb is discovered near a Hollywood nightclub, it doesn't take long for the police to identify its owner. Miss Penny Harp would recognize that pink anywhere: it belongs to her best friend, Rosemary. And so does the rest of the body buried beneath it. Rosemary, with the beauty and talent, who stood out from all other extras on the Paramount lot. She was the one whose name was destined for a movie marquee--not for the obituaries. And for an extra twist, now an LAPD detective thinks Penny is the one who killed her . .

Penny is determined to prove her innocence--with a little help from an unlikely ally, the world-famous queen of film noir, Barbara Stanwyck. Penny met "Stany" on the set of Paramount's classic comedy The Lady Eve, where the star took an instant liking to her. With Stany's powerful connections and no-nonsense style, she has no trouble following clues out of the studio backlot, from the Los Angeles morgue to the Zanzibar Room to the dark, winding streets of Beverly Hills. But there's something Penny isn't telling her famous partner in crimesolving: a not-so-glamorous secret that could lead them to Rosemary's killer--or send Penny to the electric chair . . . - from Goodreads

This sounds like a really fun mystery, and I love the 1940s Hollywood setting!
Posted by Angela at 5:00 AM