I used this month to make one final push to finish the last three books on my TBR for the 2017 Backlist Reader Challenge, hosted by Lark at The Bookwyrm's Hoard! 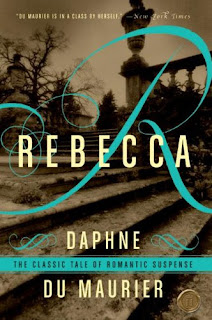 Rebecca is the classic story of a newly-married woman who realizes that her husband's late wife is still a huge presence in their home.  I'm not sure why it took me so long to read this book; it has so many elements I like.  For some reason, I thought this was going to be scarier or even have a ghostly element, but it didn't.  However, I still loved it.

I identified a lot with the unnamed narrator.  She is so socially awkward, even going to great lengths sometimes to hide from visitors to her home.  And she has a very vivid imagination, creating entire scenarios and conversations in her head.  She is timid and shy, but by the end of the book, she has really come out of her shell.  I felt so bad for her during the course of the story, when everyone keeps comparing her to her husband's first wife, Rebecca - even to her face!  It was kind of rude!

Two other characters really stood out for me - the housekeeper, Mrs. Danvers (this woman was seriously mental) and Manderley itself, the stately home owned by the narrator's husband.  The descriptions of the house and surrounding grounds, although a bit long-winded at times, helped create a vivid picture in my mind, and I really felt Rebecca's presence, from the way certain rooms were decorated to how the servants ran the estate.

At times early on the story felt a bit slow, but as more secrets were revealed, the pace picked up quite a bit and I found I couldn't put it down!  4 stars 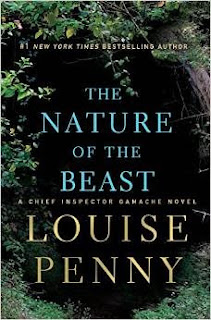 In the 11th installment of the series, the search for a missing child leads to an almost unbelievable discovery in the woods near Three Pines. When the body of young Laurent is found, at first it seems like an accident, but Gamache realizes that the child has been murdered, and it may have something to do with the enormous weapon they find in the woods.

Gamache and the residents stumble on the Supergun, a larger-than-life weapon designed with enough power to shoot projectiles into space.  It sounds a bit ridiculous, but it's actually based on a true story, according to the Author's Note.  It was interesting to see how Penny broadened the focus of the story and introduced many new characters.

There is a subplot involving a play to be performed by the residents of Three Pines.  The play, as it turns out, was written by a serial killer, and there is an interesting debate on whether they should continue on with the play: should plays or books be judged by their writers?  Or should readers separate the two and just focus on the merits of the work itself?

As always, Penny's writing is amazing.  She has such a talent for subtlety and elegance.  I love how she doesn't come right out and tell the readers everything; she lets us draw our own conclusions, based on the mood of the scenes and the words she's carefully chosen.  4 stars 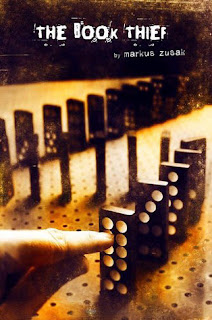 I really wanted to love this book; it's such a beloved story, it takes place during WWII, and it's about a little girl's love for books - all these things should have made this a fantastic read for me.  But guys, I could NOT get into this story, and I DNFed it at page 150.

Unpopular opinion time.  The writing style did not work for me; it felt so choppy.  I didn't feel like the story was going anywhere, or that there was even much of a plot.  It just felt like a bunch of anecdotes strung together.  And the language used was often too poetic.


So that's it!  Challenge completed!  At the end of the year, I'll have a wrap-up of the challenge, the books I loved, the books I didn't, and what I learned.
Posted by Angela at 5:00 AM