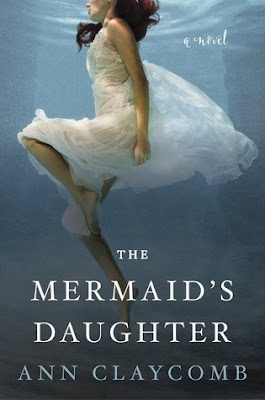 
Kathleen has always been dramatic. She suffers from the bizarre malady of experiencing stabbing pain in her feet. On her sixteenth birthday, she woke screaming from the sensation that her tongue had been cut out. No doctor can find a medical explanation for her pain, and even the most powerful drugs have proven useless. Only the touch of seawater can ease her pain, and just temporarily at that.

Now Kathleen is a twenty-five-year-old opera student in Boston and shows immense promise as a soprano. Her girlfriend Harry, a mezzo in the same program, worries endlessly about Kathleen's phantom pain and obsession with the sea. Kathleen's mother and grandmother both committed suicide as young women, and Harry worries they suffered from the same symptoms. When Kathleen suffers yet another dangerous breakdown, Harry convinces Kathleen to visit her hometown in Ireland to learn more about her family history.

In Ireland, they discover that the mystery—and the tragedy—of Kathleen’s family history is far older and stranger than they could have imagined.  Kathleen’s fate seems sealed, and the only way out is a terrible choice between a mermaid’s two sirens—the sea, and her lover. But both choices mean death… - from Goodreads

Fun fact: I was in a co-ed service fraternity in college and the nickname my Big gave me was Ariel, for my long hair and love of the beach.  And Ariel has always been my favorite of the Disney princesses, so when I heard about this book, I knew I had to read it.

The Mermaid's Daughter builds on the original Hans Christian Andersen version of The Little Mermaid.  Kathleen is a college student who experiences strange pains in her feet and longs to touch the sea.  When she and her girlfriend, Harry, travel to Ireland to learn more about Kathleen's family tree, they discover a curse that has been passed down through the generations.  It started with a mermaid who longed for a human, but that human chose another.  To break the curse and return to the sea, the woman must kill her lover, but the women of Kathleen's family have all chosen suicide, instead.  Now that Kathleen knows the truth, how will she make the decision between her life or Harry's?

Some things I loved about this book:

The one thing that gave me pause about this book was how the characters intended to break the curse.  Harry and Kathleen's father come up with a plan that they think will work, but I honestly didn't understand how it would fulfill the sea witches' requirements.  However, if you love fairy tale retellings, definitely add this one to your TBR.