"Waiting on" Wednesday: The Cabin 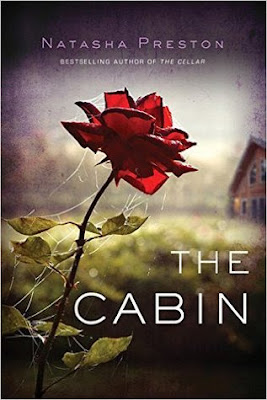 
There may only be one killer, but no one is innocent in this new thriller from Natasha Preston, author of The Cellar and Awake.

When Mackenzie treks to a secluded cabin in the woods with six friends, she expects a fun weekend of partying, drinking, and hookups. But when they wake to find two of their own dead and covered in blood, it's clear there's a killer among them.

As the police try to unravel the case, Mackenzie launches her own investigation. Before long secrets start to emerge, revealing a sinister web of sins among the original seven friends. The killer is still free. Every one of them is a suspect. And Mackenzie starts to realize that no one is innocent… - from Goodreads