The National Park Service doesn't just preserve the beautiful natural scenery of the United States.  They also care for important historical and cultural monuments.  Places like Yosemite National Park, the Statue of Liberty, the Grand Canyon, and Gettysburg National Military Park are all part of the National Park System.

Here in New Jersey, our National Parks run the gamut: from the mountains (the Appalachian Trail) to the beaches (the New Jersey Coastal Heritage Trail) to Revolutionary War sites (Washington's encampment at Morristown) to historic buildings (Ellis Island and Thomas Edison's home and labs).

I have so many memories of vacations and trips taken to National Park sites, like visiting Yosemite National Park in California while visiting my aunt... checking out the many historical sites in Washington D.C....


seeing the Arizona memorial at Pearl Harbor (although not getting to visit due to the government shutdown in 2013)... 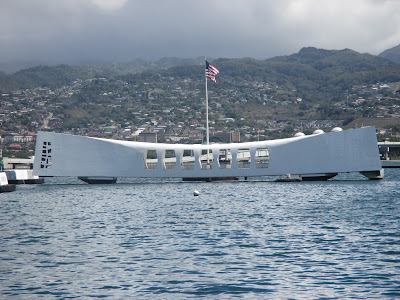 and visiting sites in Boston.
﻿﻿
Do you have any favorite memories of visiting National Parks?﻿﻿
Posted by Angela at 8:00 AM