Review: Everyone Brave is Forgiven 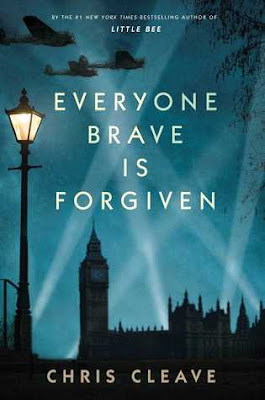 Everyone Brave is Forgiven


It’s 1939 and Mary, a young socialite, is determined to shock her blueblood political family by volunteering for the war effort. She is assigned as a teacher to children who were evacuated from London and have been rejected by the countryside because they are infirm, mentally disabled, or—like Mary’s favorite student, Zachary—have colored skin.

Tom, an education administrator, is distraught when his best friend, Alistair, enlists. Alistair, an art restorer, has always seemed far removed from the violent life to which he has now condemned himself. But Tom finds distraction in Mary, first as her employer and then as their relationship quickly develops in the emotionally charged times. When Mary meets Alistair, the three are drawn into a tragic love triangle and—while war escalates and bombs begin falling around them—further into a new world unlike any they’ve ever known.

A sweeping epic with the kind of unforgettable characters, cultural insights, and indelible scenes that made Little Bee so incredible, Chris Cleave’s latest novel explores the disenfranchised, the bereaved, the elite, the embattled. Everyone Brave Is Forgiven is a heartbreakingly beautiful story of love, loss, and incredible courage. - from Goodreads

Oh, I don't like writing bad reviews, but I just couldn't get into this book!  I guess the first thing is that I felt the above synopsis doesn't accurately describe what the book is about.  I expected an epic war story with a love triangle.  I didn't feel like there was a love triangle at all.  Mary and Tom's relationship feels forced, and I think both realize it is reaching its end point when Mary and Alistair meet.  Despite spending only a few hours together, it is insta-love between Mary and Alistair.  I couldn't connect with their relationship, though; there is so little contact between them besides a few letters and a quick ending that the love story portion of this novel never really came through for me.

I wasn't drawn to any of the characters.  Tom seems like a nice fellow, but he isn't around long enough to really know.  Mary is so full of herself.  All of the characters are too witty - honestly, almost every conversation consists of banter, even in the most serious and inappropriate of times.  I can understand using humor to help get yourself through tough times, but it was too much and made all the characters indistinguishable from each other - Mary, Tom, Alistair, Mary's friend Hilda, Mary's mother, Mary's student Zachary, Alistair's fellow soldiers...  The dialogue took away from the serious tone of the novel.  There are fleeting moments of insight from some of the characters, but they are few and far between.

The plot moved slowly and sometimes it didn't seem like anything was really happening.  When big events did occur, there was no sense of urgency; it just felt flat and anti-climactic.  Overall, it just wasn't what I expected and I was unfortunately disappointed.

2 stars - For me, there are better World War II novels out there.
Posted by Angela at 8:00 AM