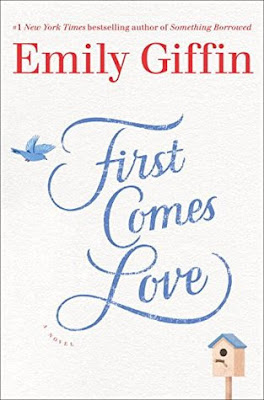 
Growing up, Josie and Meredith Garland shared a loving, if sometimes contentious relationship. Josie was impulsive, spirited, and outgoing; Meredith hardworking, thoughtful, and reserved. When tragedy strikes their family, their different responses to the event splinter their delicate bond.

Fifteen years later, Josie and Meredith are in their late thirties, following very different paths. Josie, a first grade teacher, is single—and this close to swearing off dating for good. What she wants more than the right guy, however, is to become a mother—a feeling that is heightened when her ex-boyfriend’s daughter ends up in her class. Determined to have the future she’s always wanted, Josie decides to take matters into her own hands.

On the outside, Meredith is the model daughter with the perfect life. A successful attorney, she’s married to a wonderful man, and together they’re raising a beautiful four-year-old daughter. Yet lately, Meredith feels dissatisfied and restless, secretly wondering if she chose the life that was expected of her rather than the one she truly desired.

As the anniversary of their tragedy looms and painful secrets from the past begin to surface, Josie and Meredith must not only confront the issues that divide them, but also come to terms with their own choices. In their journey toward understanding and forgiveness, both sisters discover they need each other more than they knew . . . and that in the recipe for true happiness, love always comes first. - from Goodreads

Emily Giffin is one of only a few authors that I will pre-order books from.  She's just that good, and First Comes Love is no exception.  Emily Giffin is a master at taking difficult real-life situations and crafting beautiful stories around them.  In First Comes Love, a family suffers the loss of a brother and son, and we see how they've been affected by it fifteen years later.

The story alternates between first-person narrators and sisters Josie and Meredith.  I love that Giffin uses the first-person, because we get to go so much deeper into the characters' minds.  Although nearing 40, Josie sometimes comes off as immature.  Meredith is deeply unhappy; sometimes it was hard to read her chapters because she just complained about everything.  Both are holding on to secrets relating to their brother's death.

I think a lot of women will be able to relate to Josie.  She wants to be a mother but with no romantic prospects on the horizon, she decides it is time to take some unconventional measures.  I don't necessarily agree with the choice she makes regarding the father for her child and I definitely don't understand why she doesn't want to involve a lawyer and get some sort of agreement in writing "just in case," but everyone involved seems at peace with the decision.

The book shows a realistic relationship between sisters.  Sometimes Josie and Meredith get along so well, but it can turn quickly, and they get annoyed with each other over even small things.  The story also explores the sometimes complicated relationships between husbands and wives and parents and their children.

4 stars - Another winner from Emily Giffin!
Posted by Angela at 8:00 AM