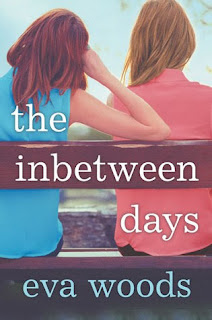 Rosie is in a coma after being hit by a bus, and she finds herself caught between life and death, conscious yet unable to communicate with her family.  As she begins to remember certain things, Rosie realizes that although her life before the accident wasn't perfect, maybe she has something to live for.

I loved Eva Woods' last book, Something Like Happy, so I was eager to return to her writing.  Like her previous novel, the writing is approachable and easy to read.  However, the tone of the novel, particularly at the beginning felt off, and honestly I almost DNFed the book.  As Rosie lies in her coma, she is visited by ghosts like her grandmother and childhood friend, A Christmas Carol-style, who bring her to random memories from her past.  I felt like there was a levity to this that didn't fit the crux of the story, that perhaps Rosie had stepped in front of the bus on purpose.  Her memories show an unhappy life, estrangement from her family, no career, a lost potential love interest.  I wanted the story to be serious, and the ghosts just kind of felt like a silly addition.

As the story went on, though, the uneven tone seemed to correct itself.  I felt Rosie's frustration in not being able to remember things and wondering why certain memories were presented; when all is finally revealed, it felt very poignant.  I also enjoyed that the story alternated between Rosie's memories and a POV from her sister Daisy, which helped add depth to their story.  3.5 stars 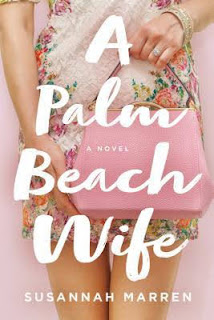 Faith has it all - a wealthy husband, a place in Palm Beach high society, a successful business, and a grown daughter.  But what will happen to her when all of that is threatened?

I feel like this book had a lot of potential that was completely wasted.  I thought it was going to be about a woman who overcame a checkered past to strike it rich and now that past was coming back to haunt her, and that's not what I got.  Instead, Faith's husband Edward makes some bad investments and loses all of their money, leaving Faith to figure out how to pay off the creditors without losing her reputation.  I liked the idea that Faith took control immediately, because Edward was completely useless.  There were other random storylines that could have made plot so much more interesting but ultimately added nothing.  A secret daughter from Faith's past?  An affair?  Now, those could have made for some hot gossip around Palm Beach, but they didn't even come into play.  The author barely scratched the surface, and instead of being a fun summer read, the story felt bland.  Add in too much name-dropping of designer brands and awful dialogue, and this one was just a bummer.  2 stars
Posted by Angela at 3:00 AM