Review: The Girl He Used to Know 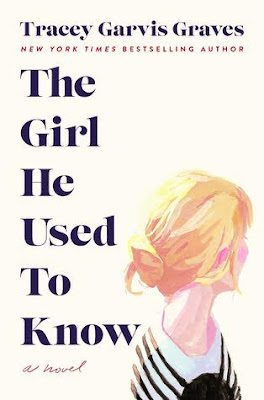 
Annika (rhymes with Monica) Rose is an English major at the University of Illinois. Anxious in social situations where she finds most people's behavior confusing, she'd rather be surrounded by the order and discipline of books or the quiet solitude of playing chess.

Jonathan Hoffman joined the chess club and lost his first game--and his heart--to the shy and awkward, yet brilliant and beautiful Annika. He admires her ability to be true to herself, quirks and all, and accepts the challenges involved in pursuing a relationship with her. Jonathan and Annika bring out the best in each other, finding the confidence and courage within themselves to plan a future together. What follows is a tumultuous yet tender love affair that withstands everything except the unforeseen tragedy that forces them apart, shattering their connection and leaving them to navigate their lives alone.

Now, a decade later, fate reunites Annika and Jonathan in Chicago. She's living the life she wanted as a librarian. He's a Wall Street whiz, recovering from a divorce and seeking a fresh start. The attraction and strong feelings they once shared are instantly rekindled, but until they confront the fears and anxieties that drove them apart, their second chance will end before it truly begins. - from Goodreads

When I really love a book, it's often hard for me to articulate why, so I've decided to forego a traditional review for this book and instead write a letter to the author!

Thank you, thank you for writing The Girl He Used to Know.  Within the first few pages, I was completely enveloped in Annika and Jonathan's story, and I spent every spare minute I could reading this book, wanting to know if their second chance at romance would work out.

I don't know that I've ever read a book where a main character was on the autism spectrum.  I feel like I learned so much about this disorder through Annika.  From the way she decided what clothes to wear to the coping mechanisms she found for herself to get through social interactions, the portrayal felt so honest and vulnerable.  Even though there were people that didn't understand or tried to take advantage of her, I loved that she was able to find friends that accepted her.  Janice was amazing!

As much as I loved seeing the world through Annika's eyes, I'm glad that we also got to experience Jonathan's POV.  The way he looked at Annika, his thoughts about her - we should all be so lucky to find someone who loves us that unconditionally.  Seeing their relationship blossom was one of my favorite parts of the book.  I loved how Annika felt comfort and safety in Jonathan like she never had with anyone else; I loved how Jonathan was so supportive and understanding of Annika.

As the chapters moved between past and present, I was on tenterhooks waiting for the inevitable break-up.  I couldn't imagine what could tear Annika and Jonathan apart, but when it finally happened, it was sad but understandable. Even though it takes 10 years for them to run into each other again, it's almost like it didn't matter - their feelings were still so strong.

After all that Annika and Jonathan go through, in the past and the present, I want to know what happens next!  The book ended much too soon for me, and even though I like when books don't wrap everything up neatly, here I wanted just a bit more!

Thank you again for a wonderful story and beautiful characters.