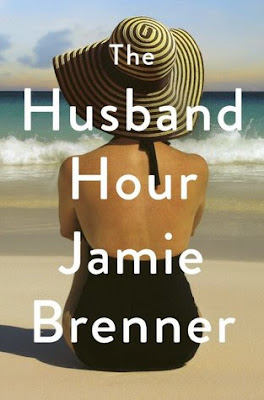 
When a young widow's reclusive life in a charming beach town is interrupted by a surprise visitor, she is forced to reckon with dark secrets about her family, her late husband, and the past she tried to leave behind.

Lauren Adelman and her high school sweetheart, Rory Kincaid, are a golden couple. They marry just out of college as Rory, a star hockey player, earns a spot in the NHL. Their future could not look brighter when Rory shocks everyone-Lauren most of all-by enlisting in the U.S. Army. When Rory dies in combat, Lauren is left devastated, alone, and under unbearable public scrutiny.

Seeking peace and solitude, Lauren retreats to her family's old beach house on the Jersey Shore. But this summer she's forced to share the house with her overbearing mother and competitive sister. Worse, a stranger making a documentary about Rory tracks her down and persuades her to give him just an hour of her time.

One hour with filmmaker Matt Brio turns into a summer of revelations, surprises, and upheaval. As the days grow shorter and her grief changes shape, Lauren begins to understand the past-and to welcome the future.

Rory Kincaid was a star athlete with a career in the NHL, newly married to his high school sweetheart Lauren, when he decided to enlist in the army.  After he is killed in combat, Lauren spends the next four years at her family beach house, isolated until one summer finds her entire family sharing the house with her.  To make things worse, a documentary filmmaker wants to tell Rory's story.

I have to say, one of the main reasons I was drawn to this book was the Jersey shore setting.  I spent my childhood summers up and down the shore, so I was eager to see how the author incorporated that.  I think she did a good job, with the references to local landmarks and overall relaxed lifestyle.

Onto the story!  Much of the plot revolves around the documentary being put together by Matt Brio.  He wanted to do a portrait of American hero Rory, but through his research and interviews, he comes across some things about Rory that were kept quiet, which leads his film in a different direction.  He wants to talk to Lauren to fill in some of the gaps.  She, understandably, doesn't want to be involved at first.

I didn't really know what to make of Lauren at first.  She was only 24 when Rory died, and she has spent the last few years living alone at the shore.  As more of the story is revealed about her and Rory's relationship, we find out that their life was not as perfect as it had been portrayed.  They had issues, a lot of which stemmed from something beyond their control (I don't want to spoil it too much, although it is revealed pretty early on), and I finally understood that Lauren held a lot of guilt regarding Rory's death.

Lauren's sister and parents also play roles in the story, and everyone is dealing with their own issues.  Stephanie, the sister, is going through a divorce, but for me that totally didn't excuse her partying, drinking, and neglect of her son.  Lauren's parents are losing the store they owned for 30 years and their marriage is on the rocks.  I think Lauren's mother Beth was my favorite character.  She tried to be the glue holding everyone together.  Although she could be a bit naïve in that way, she was also a lot smarter than everyone gave her credit for.

I read this book very quickly; the writing was very approachable and the story flowed well.  However, for some reason I never became fully invested in the characters.  I didn't feel as moved as I thought I would be.  I also had two major issues with the book, the first being the romance, which I felt was forced.  There was also a surprise reveal near the end which I felt was completely unnecessary and really tainted my view of some of the characters.  However, this book has so many great reviews, so this may be an "it's not you, it's me" thing.