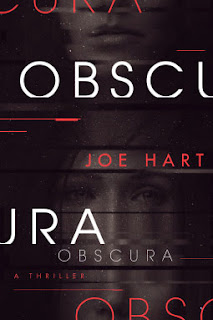 In the near future, a dementia-like disease called Losian's is striking Earth's population.  Dr. Gillian Ryan is researching a cure when she accepts a position to study a crew on a space station that's exhibiting similar symptoms.  However, the mission turns out to be not what she expected and she finds herself in serious danger.

This book was part science fiction, part thriller, and part mystery.  When Gillian finds out after she's already in space that they're actually headed to Mars to examine a crew working on a top secret mission, I felt for her - she had no clue she would be millions of miles away from her daughter, who is suffering from Losian's.  During the journey and after they reach the Mars station, there's this pervasive sense that something is very wrong.  It didn't help that Gillian was somewhat of an unreliable narrator (she has an addition to painkillers), so sometimes it was hard to know what was real and who to trust.

The  twists and turns just kept coming, and the space setting really added to the tension.  I thought the mystery got a bit muddled at times, but the pacing of the story was so good and I loved the ending.  4 stars 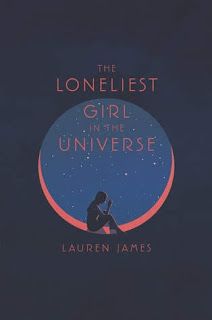 The Loneliest Girl in the Universe by Lauren James (2018)

Romy has been alone for years on a spaceship speeding away to a potential Earth II since her parents died when she learns that another ship is on its way.

Being alone in space is probably one of my worst nightmares, but Romy seems to handle it fairly well.  Her father taught her a lot about the ship and survival, so even though it literally takes years to send communications back and forth to Earth, teenage Romy isn't doing too bad.  Then, communications with Earth slow and stop, but Romy is hoping she'll get some answers from J, commander of the ship that is joining her mission.  However, strange things start happening and J seems a bit off.

It takes awhile for the real action to start in the story, but I was never bored.  It was interesting learning about Romy's life (although I wish the story of how she came to be alone had been presented a tad earlier), and I think the author did a great job capturing how Romy is a captain of a ship (although not by choice) but still a teenager (forming a crush on J).  This book was more of a thriller than I was expecting, and I loved all the surprises that kept cropping up during the second half of the book.  If you're looking for a space thriller that will give you the creeps and yet still has a lot of heart, this is the book for you.  4 stars
Posted by Angela at 4:00 AM