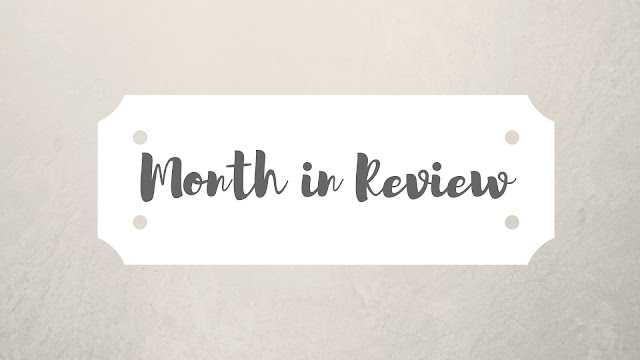 Another month in the books!  June definitely felt like it went faster than May - it's hard to believe we've officially been home for over 3 months now.  We're both still working at home - Tom at the kitchen table and me upstairs.  Tom's company has given him no indication of when he might return to the office, and while my company has opened to 50% capacity, they're really not pushing at all for people to start coming in again.  I've actually been working more hours recently, so that's helped fill a lot of my time.

Tom has been doing all the grocery shopping by himself, but I finally went to Walmart for the first time in over two months (I've able to get most things we need online, but not everything, so I finally broke down and went).  I got there really early to avoid the crowds.  It wasn't too bad.  Everyone seemed to be wearing masks and adhering to protocols.

For the first time in over three months, I visited my library!  I finally had some holds come in, so I scheduled a curbside pickup.  The library is supposed to be reopening with limited capacity after the 4th of July holiday, and I'm really looking forward to browsing the stacks again!

Being home has allowed us to complete some projects we've been putting off.  We got our landscaping redone; our beds no longer look like a jungle, so that's good!  Hopefully we can keep it looking nice.  We also got some electrical work done outside.  We're contemplating a couple more things, too.

The weather was pretty hot for a good portion of the month, so I tried to take walks really early in the morning, before work, and then stay in the AC during the hottest parts of the day!  It also means we've been watching a lot of TV - still working on The Great British Baking Show and we also started rewatching Psych from the beginning.

Thunderhead // This Is How You Lose the Time War // Becoming Mrs. Lewis (review to come)