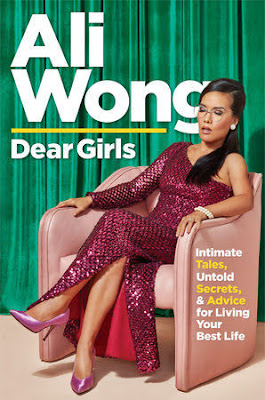 
Ali Wong's heartfelt and hilarious letters to her daughters (the two she put to work while they were still in utero), covering everything they need to know in life, like the unpleasant details of dating, how to be a working mom in a male-dominated profession, and how she trapped their dad.

In her hit Netflix comedy special Baby Cobra, an eight-month pregnant Ali Wong resonated so heavily that she became a popular Halloween costume. Wong told the world her remarkably unfiltered thoughts on marriage, sex, Asian culture, working women, and why you never see new mom comics on stage but you sure see plenty of new dads.

The sharp insights and humor are even more personal in this completely original collection. She shares the wisdom she's learned from a life in comedy and reveals stories from her life off stage, including the brutal singles life in New York (i.e. the inevitable confrontation with erectile dysfunction), reconnecting with her roots (and drinking snake blood) in Vietnam, tales of being a wild child growing up in San Francisco, and parenting war stories. Though addressed to her daughters, Ali Wong's letters are absurdly funny, surprisingly moving, and enlightening (and disgusting) for all. - from Goodreads

Ali Wong is a comedian I know a little bit about (and I've seen her Netflix movie Always Be My Maybe), but I've  never seen her stand-up act.  Nevertheless, I wanted to read her book Dear Girls, a sort of memoir/advice book inspired by her two young daughters.  I thought the audiobook would be a good option; I tend to enjoy listening to comedians' books because often it's their voices and way of speaking that really sells the humor.  This one did not disappoint!

In Dear Girls, Ali Wong writes a series of letters to her daughters, recounting some experiences from her life but also giving them some tips and advice.  She prefaces the book by saying that they shouldn't read it until they're at least 21, and I'd agree with that - in many places, it's raunchy, vulgar, and gross, but also funny!  She's not afraid to "go there" and describe some truly disturbing and disgusting situations.  She's loud and brash and honest - but then there are all these wonderful moments when she buckles down and gets serious and emotional.  I love that you can really hear the change in her voice when she's talking about something near and dear to her heart.  The letter on pregnancy (and the miscarriage she suffered) was very touching, and I also liked the tips she gave on wedding planning.  She encourages her daughters to embrace their Asian culture and heritage (especially the food) but also to explore the world and people around them.  She's a huge travel advocate.  The section on her mother, and the relationship she has with her and how it has changed over the years, was a nice addition and introspective on the relationship she wants to have with her own daughters.  The last chapter is written and narrated by Wong's husband, and although I perhaps didn't enjoy it as much as other chapters, you can tell that he is a truly supportive partner and loving father.  Overall, if you're looking for a quick audiobook that's both funny and touching, I'd highly recommend this one!