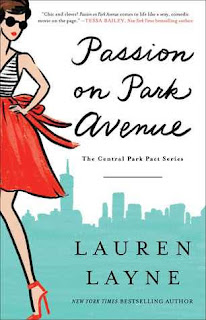 When Naomi has a chance to move back into the posh NYC building she used to live in with her mother and confront the wealthy family that ruined their lives, she takes it - but soon realizes that many things have changed over the years.

This book was a cute, fun, very quick summer read, perfect for taking to the beach or on vacation.  Naomi's mother worked for the Cunningham family years ago, but after having an affair with the husband Walter, she is thrown out and blacklisted, causing a lot of hardship for her and her daughter.  Twenty years later, Naomi is a wealthy entrepreneur. I thought her reasoning for wanting to move back into the building was  a little flimsy - to honor her mother's memory and show the Cunninghams how successful she's become.  What happened to her and her mother when she was a child clearly didn't destroy her life completely, as she now runs her own company and can easily afford the Upper East Side apartment.  And it turns out that Walter now has Alzheimer's and Naomi can't help but feel sorry for him and Oliver, his son and caretaker.

Oliver was such a sweetheart.  He was such an old soul, with his jigsaw puzzles and pressed pants, that I couldn't help but love him.  Watching him and Naomi dance around each other was fun.  Also adding to the story were Naomi's friends Claire and Audrey, who became an unlikely trio after finding out they were all sleeping with Claire's husband.  I'm looking forward to their stories in the next installments!  4 stars 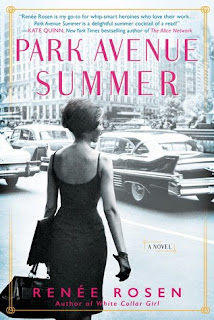 Alice has big dreams, and what better way to get ahead in NYC than start as the secretary to a magazine editor - except, this isn't just any editor.  It's 1965, and Helen Gurley Brown was just hired as the first female editor in chief of Cosmopolitan magazine.

This book was an incredible look inside the world of magazine publishing in the 1960s.  The story ideas, the fashion, the smoking and drinking - the setting really came through.  Helen wanted to shake all that up - she had ideas to gain an entirely new customer base.  I couldn't help but feel bad for her when people starting quitting on the spot on her first day, refusing to work for a woman with such risque ideas.  And some of the stories she wanted to run were very risque and controversial, even by today's standards.  But Helen refused to back down, even after they slashed her budget, determined to show that she and the magazine could be a success.  I have to admit, though, Helen's crying every single time something didn't go her way was a little off-putting.

The story isn't all about Helen - it's told from the POV of her secretary, Alice.  Inspired by her mother, Alice wants to be a photographer.  However, she gets swept up in her job and her loyalty to Helen almost puts that dream in jeopardy.  I could relate to Alice's loyalty to a job that isn't necessarily loyal back to you.  However, Alice does a lot of growing up over the course of the book and it was nice to see her take control of her life.  4 stars
Posted by Angela at 3:00 AM