A Leaf-Peeping Weekend in Connecticut

One of my favorite things about fall is the changing colors of the leaves, so when my husband Tom suggested we head to Connecticut for a weekend to see the leaves and celebrate our wedding anniversary, I was a happy girl!  He sent me a link to this TripSavvy article and I used their list of parks to help plan our weekend.  I wanted to see as many places as possible, but we only had a short time to visit, so I tried to find parks that were close together.

We decided to stay in Danbury, where we had more options for hotels. On our way in, we stopped at Tarrywile Mansion and Park, a historic home now used as an event venue that has a large park attached to it with a few hiking trails.  From the parking lot, we took the White Trail around the pond and then picked up the Blue Trail.  There were some pretty significant inclines during the hike, but the forest was beautiful, as well as the foliage! 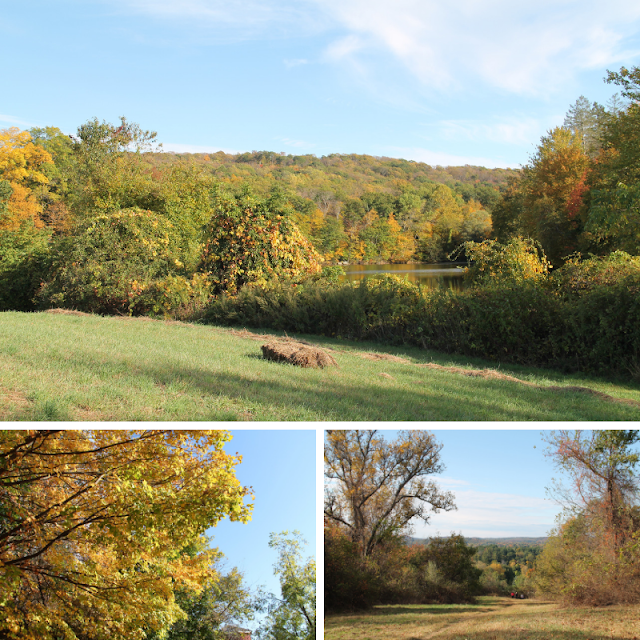 On our second day, we drove up to the Kent area, about 45 minutes from Danbury.  Our first stop was at Kent Falls State Park - while the park is small, it has an incredible multi-level waterfall!  We took the White Trail up alongside the waterfall, and there were several viewing platforms along the way.  At the top, you can practically stand on top of the waterfall!  We took the Red Trail down the other side. 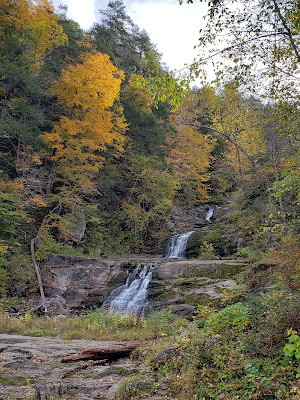 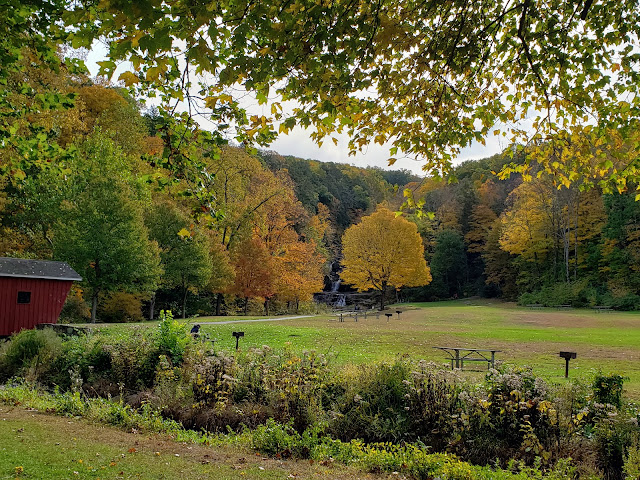 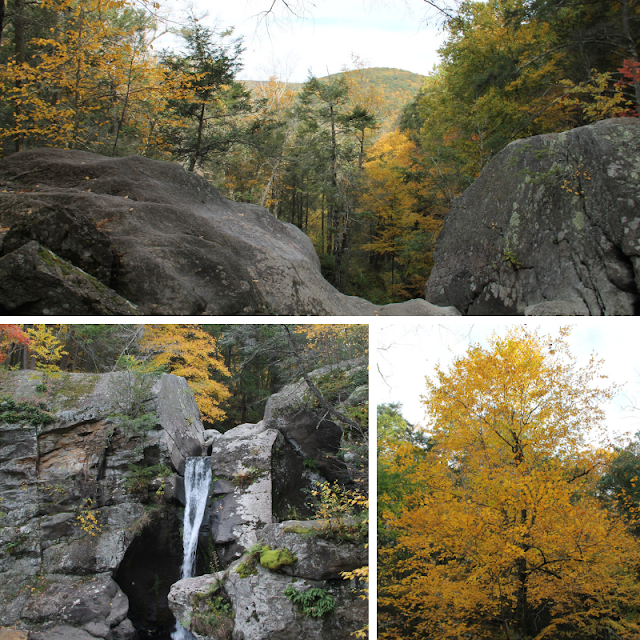 Next, we went to Housatonic Meadows State Park and picked up the Pine Knob Loop Trail.  We went clockwise up the trail, which is an approximately 2.5 mile loop.  It was a pretty steep incline almost the entire way up, so we took our time, but the surroundings were gorgeous - almost the whole forest was yellow!  When we finally made it to the summit, the view was so worth it! 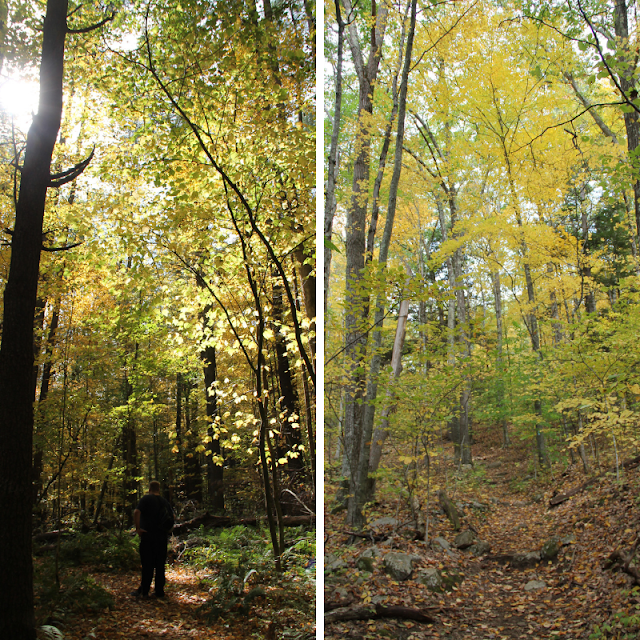 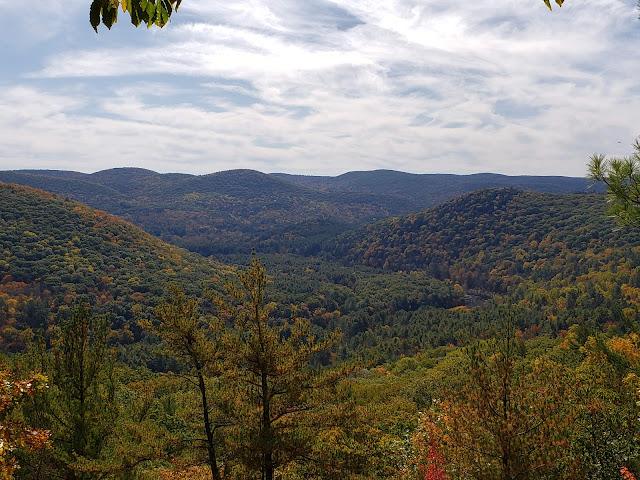 I always say to Tom that as hard as it is to climb up a mountain, it's just as hard going down, and this trail was no exception - while well-blazed, the trail itself was full of rocks, even boulders sometimes, and tree roots.  We really had to watch our steps.  The trail was also really slippery from the fallen leaves and acorns.

After our hikes, we went into downtown Kent to grab lunch.  Although small, the downtown area is really cute with lots of dining options.  My co-worker had told me about a bookstore there, so of course I had to stop in.  House of Books was adorable and had a great selection.  I picked up two books there and, as luck would have it, the local library was also having a book sale that weekend out on the lawn, so of course I grabbed a few more books! 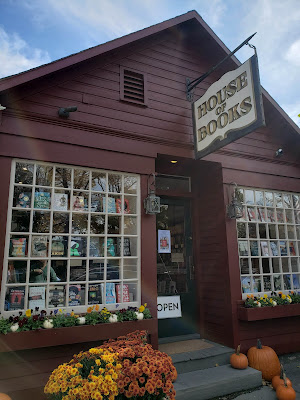 On our way out of Kent, we stopped at Bull's Bridge, which is one of three surviving covered bridges in Connecticut! 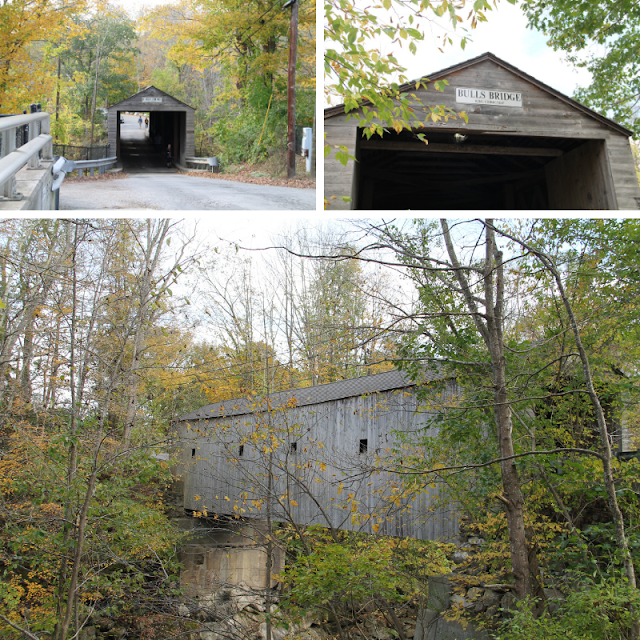 We had a great time in Connecticut - perfect weather, gorgeous foliage, and books - what more could I ask for?
Posted by Angela at 3:00 AM