Review: The Light Between Worlds 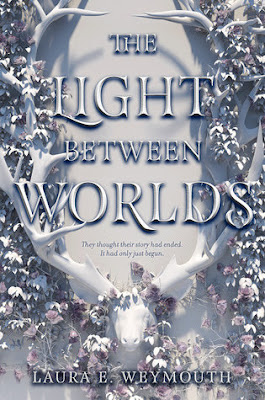 
Five years ago, Evelyn and Philippa Hapwell cowered from air strikes in a London bomb shelter. But that night took a turn when the sisters were transported to another realm called the Woodlands. In a forest kingdom populated by creatures out of myth and legend, they found temporary refuge.

When they finally returned to London, nothing had changed at all—nothing, except themselves.

Now, Ev spends her days sneaking into the woods outside her boarding school, wishing for the Woodlands. Overcome with longing, she is desperate to return no matter what it takes.

Philippa, on the other hand, is determined to find a place in this world. She shields herself behind a flawless exterior and countless friends, and moves to America to escape the memory of what was.

But when Evelyn goes missing, Philippa must confront the depth of her sister’s despair and the painful truths they’ve been running from. As the weeks unfold, Philippa wonders if Ev truly did find a way home, or if the weight of their worlds pulled her under. - from Goodreads

The Light Between Worlds has a lot in common with the classic The Lion, The Witch, and the Wardrobe - a group of siblings are whisked away from WWII England and find themselves in a magical land.  After joining in a war for several years, they are transported back to the moment they left.  The Light Between Worlds, however, explores what happens to the siblings after they return.

The story is told from three main POVs - Evelyn, Philippa, and flashbacks to the time in the Woodlands (there is also a brother, Jamie, but the book is more focused on the sisters' relationship).  I loved the first half of the book, which is told from Evelyn's point of view.  Just 11 years old when she finds herself in the Woodlands, Evelyn spends her formative years there, so when they return to London and she is back to being 11, she feels lost.  It came across so clearly that she immediately felt at home in the Woodlands, and her life back in the real world would never be the same.  Although she tries for many years to fit in, there is a desperation running through Evelyn's story that is hard to ignore.  Philippa, unfortunately, is not as interesting as Evelyn.  She even says herself at one point that things just generally work out for her.  After Evelyn disappears, Philippa comes home to England and, without even trying, lands herself a job and a suitor.  I just wanted to know more about what happened to Evelyn.

The thing I loved most about this book was the beautiful writing.  It's elegant and feels a little poetic, but contains none of the over-the-top purple prose that I often dislike.  There are so many emotions running through the story; at times it felt melancholy and resigned, at others wistful.

If you're looking for a lot of action, you won't find it here.  There are hints of it in the flashbacks, but this book is more about the characters than anything else.  One thing I did want more of, though, was better world-building of the Woodlands.  It seemed really similar to Narnia, so I was hoping for some differences.