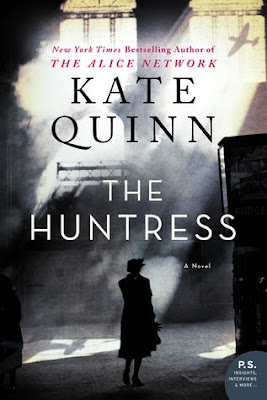 Kate Quinn spoke a bit about this book at the Morristown Festival of Books, and her enthusiasm about it made me want to read it even more! I actually won a copy from Goodreads Giveaways, so I'm excited to read it soon!
Posted by Angela at 4:00 AM