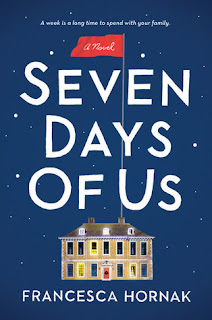 The Birch family is under quarantine over Christmas, due to daughter Olivia coming home after treating the Haag epidemic in Africa.  The family, consisting of Olivia, sister Phoebe, mother Emma, and father Andrew, don't normally spend a ton of time together, so this forced holiday may be a strain on all of them.

We find out pretty early on that each family member is hiding something from the rest - Olivia had a relationship with a fellow doctor, who ended up contracting Haag; Phoebe is newly engaged but doesn't seem all that happy about it; Emma just found out she has cancer; and Andrew was recently contacted by a son he knew nothing about.  While I thought all of these secrets were realistic in their own way, it seemed a bit coincidental that they were all happening at the same time.

Emma is probably the only likable character in the family - she just wants to take care of everyone, have the perfect holiday, and not worry anyone with her health issues, at least not until after Christmas.  Andrew seems pretty unhappy with his life, especially with the way he and his wife have grown apart.  Olivia is rather detached from her family, and Phoebe is kind of spoiled and immature.  I thought the book was well-written and I appreciated that the story didn't get too outlandish.  It felt real, and often melancholy, but there were glimmers of hope, as well.  3 stars 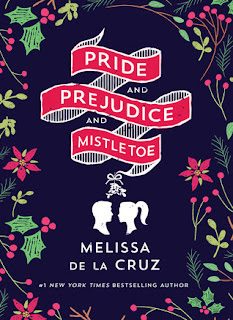 Pride and Prejudice and Mistletoe by Melissa de la Cruz (2017)

A modern and gender-swapping take on the classic Pride and Prejudice.  Darcy Fitzwilliam is a rich and successful woman living in NYC; Luke Bennet is a carpenter still living in their hometown.  When Darcy comes home for the first time in years, sparks fly between her and Luke.

For some reason, I've been into Pride and Prejudice retellings lately, and this was a fun one.  I loved that the author made the "Darcy" character a women - it was an interesting dynamic having her as the more "successful" one.  And since the book was from her POV, we got to know her way better than Luke; although people often saw her as cold, she actually had quite a big heart and longed for love.  It really made me see that the original Darcy character was probably a bit misunderstood!

This book was super-short, only 225 pages, so I flew through it in just a couple hours.  The writing was good, but sometimes I felt like I was getting whiplash from how quickly things were happening; conflicts seemed to get resolved too quickly.  However, because it's a holiday story, I appreciated the sappiness more than I normally would.  3.5 stars
Posted by Angela at 5:00 AM