If You're One of These Types of People, You Should Read "How To Disappear" 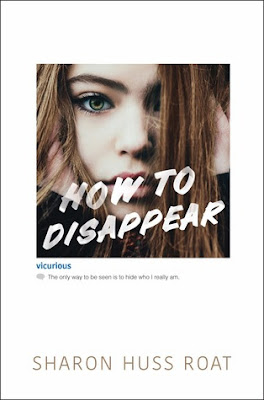 
Vicky Decker has perfected the art of hiding in plain sight, quietly navigating the halls of her high school undetected except by her best (and only) friend, Jenna. But when Jenna moves away, Vicky’s isolation becomes unbearable.

So she decides to invent a social life by Photoshopping herself into other people’s pictures, posting them on Instagram under the screen name Vicurious. Instantly, she begins to get followers, so she adds herself to more photos from all over the world with all types of people. And as Vicurious’s online followers multiply, Vicky realizes she can make a whole life for herself without ever leaving her bedroom. But the more followers she finds online, the clearer it becomes that there are a lot of people out there who feel like her— #alone and #ignored in real life.

To help them, and herself, Vicky must find the courage to face her fear of being “seen,” because only then can she stop living vicariously and truly bring the magic of Vicurious to life.

I've been shying away from contemporary YA lately, because too many of the books I've read have felt unrealistic and unrelatable.  And then I came across How to Disappear.  I identified with Vicky, a high schooler with social anxiety who uses social media to create an alternate life for herself and ends up helping so many others.  I think everyone should read this book, but especially if you relate to any of these types of people:

If you were a loner in high school: After her best friend Jenna moves to Wisconsin, Vicky finds herself alone, barely able to look another student in the eye and skipping class when she feels overwhelmed or embarrassed.  As a way to prove to herself that she actually does exist, Vicky starts an Instagram account, "Vicurious," in which she photoshops a disguised version of herself into crazy situations, like riding a hippogriff.  When the account explodes in popularity, Vicky realizes there are so many others out there who feel alone like her.


If you were popular in high school: Maybe you were the homecoming queen or the star quarterback; it seemed everyone knew and loved you.  But more likely than not, you had your own problems that maybe you tried to keep hidden.  As Vicky gets to know her classmates more, she sees that even the people who seem to have it all together have their own issues and struggles.


If you've ever faced your fears: Vicky isn't just shy, she has social anxiety, but as the story progresses, she makes small steps towards conquering her fears.  She joins the yearbook staff and even starts a relationship with her classmate, Lipton.  I don't have social anxiety, but I am extremely shy, and I really identified with Vicky's desire to kind of hide from others and not draw attention to herself.  I cheered her on as she found the courage to even just say hello to her classmates.


If you use social media: We use social media for so many things - to show off our vacation photos, share funny stories, or promote a business.  Through Vicurious, Vicky encourages people to be kind to one another and really see each other.  She is surprised when she finds out some of her classmates are Vicurious followers and that they've really taken her words to heart, even bringing them into their offline interactions.  Even though Vicky started the account just for herself, it was refreshing to see it being used for good once she started gaining followers.


If you've ever felt invisible: Vicky uses her Instagram account to reach out to these people who feel alone or invisible, to let them know they're not alone and that someone cares about them.  She knows all too well how bad it can feel to be lonely and feel like you don't matter, and she wants to show that sometimes all it takes is just one person reaching out to another to help.


Overall, How to Disappear was a heartfelt story that I got completely swept up in.  Well-written and believable, I think you'll find yourself rooting for Vicky as much as I did.