Review: The River at Night 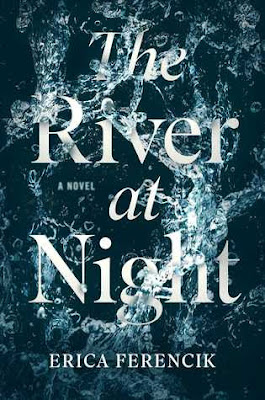 
A high-stakes drama set against the harsh beauty of the Maine wilderness, charting the journey of four friends as they fight to survive the aftermath of a white water rafting accident, The River at Night is a nonstop and unforgettable thriller. - from Goodreads

I love a good survival story, and that's what I was expecting from The River at Night - but it quickly became more like a horror movie!

The story starts off a bit slow as we're introduced to the four main characters, a group of late 30-something women, who decide to go on a whitewater rafting trip in basically an uncharted area of Maine.  For me, red flags were already going up - they are literally going to be in the middle of nowhere with only a new and very young guide.

The action picks up quickly and doesn't stop once the group starts their rafting trip.  Not long into their trip, a freak accident kills their guide on the river and their raft and supplies are lost, leaving the four women stranded.  Should they try to find the raft downriver, or should they try to hike back to where they pushed in, assuming they could even find it?

When the women see a campfire not far from them in the woods, they think their prayers have been answered, but in reality, things are about to go from bad to terrifying.  This part of the novel, where the women meet these two creepy people in the woods, totally cut off from civilization, is where the book went a bit off the rails for me.  It read a bit like a slasher film and was more than a little unbelievable.  However, the short length of the book kept the story moving quickly, and so I actually didn't mind it that much.

I appreciated that the author took the time to develop the characters, despite the nature of the book.  I felt like I really got to know each distinct woman - the tough-as-nails Rachel, the kind-hearted Sandra, the adventure-loving Pia, and the timid narrator Wini.  I understood their motivations, and their feelings and reactions felt very true-to-life.  I was really rooting for all of them!

The River at Night is a great summer thriller (even though it came out in January!).  If you're looking for a quick, suspenseful read, check this one out.