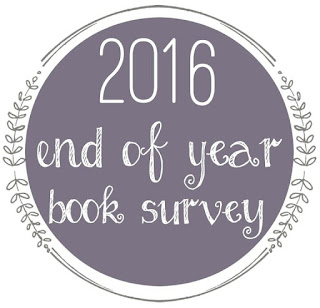 Jamie at The Perpetual Page-Turner has put together an awesome end-of-year book survey.  I'm so excited to look back at a wonderful year of reading!

Number Of Books You Read: 130
Number of Re-Reads: 28
Genre You Read The Most From: Probably mystery/thriller

2. Book You Were Excited About & Thought You Were Going To Love More But Didn’t?

The Fault in Our Stars by John Green

3. Most surprising (in a good way or bad way) book you read?

The Guineveres by Sarah Domet - even though there was a lot of religion in the book, I actually ended up really enjoying it.

4. Book You “Pushed” The Most People To Read (And They Did)?

7. Best book from a genre you don’t typically read/was out of your comfort zone?

I Am Malala - I don't normally read memoirs/autobiographies.

8. Most action-packed/thrilling/unputdownable book of the year?

The Woman in Cabin 10 by Ruth Ware - I raced through this in only a few hours!

Bex from The Royal We, because of her similarities to Kate Middleton

The Life-Changing Magic of Tidying Up by Marie Kondo.  I definitely didn't agree with all of her methods, but it has changed the way I think about why I keep certain possessions.

Me Before You by Jojo Moyes

"After all, tomorrow is another day." - Gone With The Wind

17. Book That Shocked You The Most

The Leaving by Tara Altebrando

Rhett and Scarlett from Gone With The Wind

19. Favorite Non-Romantic Relationship Of The Year

20. Favorite Book You Read in 2016 From An Author You’ve Read Previously

21. Best Book You Read In 2016 That You Read Based SOLELY On A Recommendation From Somebody Else/Peer Pressure:

25. Book That Put A Smile On Your Face/Was The Most FUN To Read?

The Regulars by Georgia Clark

The Things We Keep by Sally Hepworth

The Guineveres by Sarah Domet

28. Book That Crushed Your Soul?

After Alice by Gregory Maguire, because it was just so bad.

Security by Gina Wohlsdorf - the structure of this murder mystery was really different.

30. Book That Made You The Most Mad (doesn’t necessarily mean you didn’t like it)?

Glass Sword  by Victoria Aveyard - and I didn't like it.

The Bookish Libra, among many others!

The Assistants by Camille Perri

My post on not reading "it" books had the most views of my discussion posts this year.

Top Ten Tuesday from The Broke and The Bookish

6. Most challenging thing about blogging or your reading life this year?

Starting the blog and trying to learn as much as I can in a short period of time.

7. Most Popular Post This Year On Your Blog (whether it be by comments or views)?

By far, my most popular post, by views AND comments, is my Top Ten Tuesday Holiday Gift Guide for baby's first Christmas.

Probably my post on why I love to re-read.

All the book blogs I found this year!

10.  Did you complete any reading challenges or goals that you had set for yourself at the beginning of this year?

I read more books than I thought I would; as far as challenges, I started the POPSUGAR reading challenge, but didn't finish it.

Scrappy Little Nobody by Anna Kendrick

The Shadow Land by Elizabeth Kostova

The Weight of Him by Ethel Rohan

4. Series Ending/A Sequel You Are Most Anticipating in 2017?

One Dark Throne, the sequel to Three Dark Crowns by Kendare Blake

5. One Thing You Hope To Accomplish Or Do In Your Reading/Blogging Life In 2017?