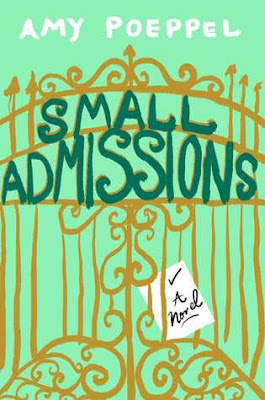 Miraculously, and for reasons no one (least of all Kate) understands, she manages to land a job in the admissions department at the prestigious Hudson Day School. In her new position, Kate learns there’s no time for self-pity or nonsense during the height of the admissions season, or what her colleagues refer to as “the dark time.” As the process revs up, Kate meets smart kids who are unlikable, likeable kids who aren’t very smart, and Park Avenue parents who refuse to take no for an answer.

Meanwhile, Kate’s sister and her closest friends find themselves keeping secrets, hiding boyfriends, dropping bombshells, and fighting each other on how to keep Kate on her feet. On top of it all, her cranky, oddly charming, and irritatingly handsome downstairs neighbor is more than he seems. Through every dishy, page-turning twist, it seems that one person’s happiness leads to another’s misfortune, and suddenly everyone, including Kate, is looking for a way to turn rejection on its head, using any means necessary—including the truly unexpected. - from Goodreads