Review: How To Walk Away 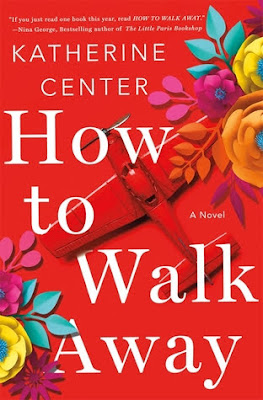 How To Walk Away
Katherine Center
Expected publication date: May 15, 2018


Margaret Jacobsen has a bright future ahead of her: a fiancé she adores, her dream job, and the promise of a picture-perfect life just around the corner. Then, suddenly, on what should have been one of the happiest days of her life, everything she worked for is taken away in one tumultuous moment .

In the hospital and forced to face the possibility that nothing will ever be the same again, Margaret must figure out how to move forward on her own terms while facing long-held family secrets, devastating heartbreak, and the idea that love might find her in the last place she would ever expect. - from Goodreads

Judging from the many glowing reviews for this book on Goodreads, it seems like I may be an outlier, because I was not blown away by How To Walk Away.  I really wanted to like this one, too!  Warning: minor spoilers below.

Despite Margaret's fear of flying, her boyfriend Chip takes her up in a Cessna and proposes to her.  Their joy, though, is quickly erased when their plane crash-lands, leaving Margaret partially paralyzed and badly burned.  Now, Margaret must learn to navigate her new way of life.

Ugh, I just had a lot of issues with this book:
There were, though, some things I enjoyed:
So, this didn't end up being the book for me, but I know a lot of people will enjoy this one.  3 stars
Posted by Angela at 5:00 AM