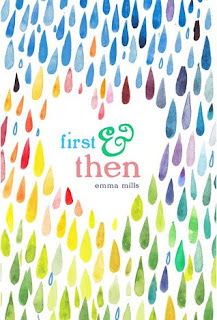 What a refreshing story!  A contemporary YA novel that actually feels realistic and relatable.  Devon is in her senior year of high school, unsure of what she wants to do after graduation, while also dealing with some issues at home.  Her cousin Foster has come to live with Devon and her parents because his own mother has major problems.

I love that the crux of this story begins in gym class, of all places.  Devon and Foster have gym class together, and there they cross paths with All-American football player Ezra, who really takes Foster under his wing and (maybe?) develops feelings for Devon.

At first I wasn't sure if I would like Devon; I thought she was going to be whiny and overly sarcastic, but she wasn't.  I grew to really love her.  I identified with her fear of being average, of not knowing what she wanted to do with her life, of being kind of on the fringe in school, and having an unrequited crush on her friend Cas (and she loves books!).  I also fell in love with Foster - there was so much more to him than just an awkward kid.  And Ezra as well - I think this is where the Pride and Prejudice influence came in the strongest.  At first Ezra seems aloof and silent, but by the end of the story, we've learned so much about him.

Nothing really outrageous happened in the story, but that's what I enjoyed.  The characters felt like real high schoolers, living normal lives while also going through some tough issues.  4 stars 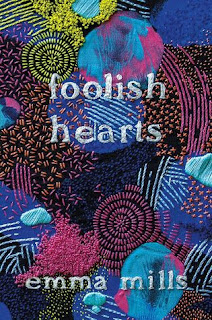 Emma Mills has become a queen of contemporary YA for me.  She has the ability to take the most relatable, even (dare I say it) mundane, parts of high school and craft heart-warming stories around lovable characters.

In Foolish Hearts, Claudia finds herself stuck working with Iris, who really doesn't like her, on the school play, Shakespeare's A Midsummer Night's Dream.  She also becomes close with Gideon, a popular boy at a neighboring high school who is also in the play, but can she overcome her fears of dating?

I loved the evolution of Claudia and Iris' friendship.  They eventually find some common ground, and Iris really grows as a character.  She doesn't have a lot of friends, but I think she's also a bit misunderstood.  And the slow burn romance between Claudia and Gideon is adorable - at first, I wasn't sure Gideon was even into Claudia.  He just seemed like a bubbly, flirtatious guy.  But when it became obvious that he really does care for her, I wanted Claudia to get out of her own way and just go for it.

Mills also includes one of my favorite things in YA - great families surrounding the main character.  We don't see Claudia's parents that much, but we do meet her brother Alex and sister Julia, and they are all so much fun together, playing their online game.  4 stars
Posted by Angela at 5:00 AM