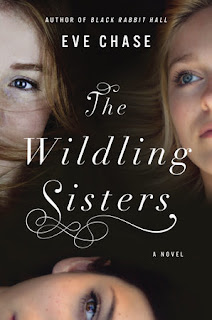 The Wildling Sisters by Eve Chase (2017)

A dual timeline story: In summer 1959, four sisters visit Applecote Manor, the home where their beloved cousin Audrey disappeared from 5 years prior.  In the present day, a woman seeks a fresh start at the manor with her husband, daughter, and stepdaughter.

I love stories about families, secrets, and especially old English manors, and I was not disappointed by The Wildling Sisters.  In 1959, the four Wilde sisters visit their aunt and uncle, and it is a summer of upheaval for them all.  The relationships between the sisters are pulled apart and back together again.  In the present-day timeline, Jessie has a hard time connecting with her stepdaugher.

Chase did a tremendous job creating these delicate relationships, and each story feels a bit haunted.  The story is very atmospheric, and I thoroughly enjoyed the descriptions of the house and surrounding lands; it almost felt as if the manor were another character in the story.  While I was a bit more drawn to the 1959 story, I thought both parts of the book were strong.  4 stars 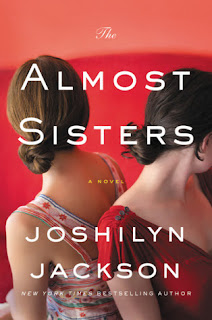 The Almost Sisters by Joshilyn Jackson (2017)

Leia, a graphic novel artist, finds out she is pregnant after a one-night stand at the same time she discovers her grandmother is suffering from dementia.

This book had a lot going on, almost too much at times: Leia's pregnancy, her grandmother's health issues, small-town politics, discussions about racism in the South, Leia's sister's marital issues, even a body found in the attic of Leia's grandmother's house.  It seemed like there was a lot of talking, but nothing got resolved; for example, Leia is constantly thinking about how her child will be biracial, yet we don't get to see how this plays out.  Normally, I don't mind open-ended stories, but here everything just felt... unfinished.

I never felt connected to the characters, and I couldn't get a handle on the tone of the story - sometimes it seemed light, while other times it tried to be serious and impart some deep thoughts.  The secondary characters were cliché, especially (unfortunately) Leia's elderly Southern grandmother, with her cutesy nickname and overly prominent standing in the community.    2.5 stars
Posted by Angela at 5:00 AM