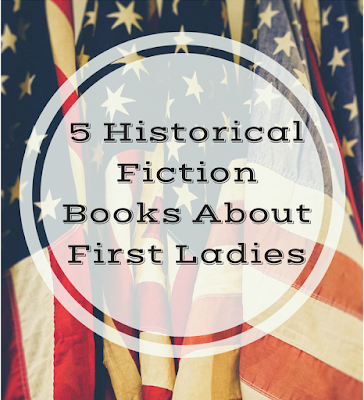 It's Presidents Day in the United States, and I thought it would be fun to change things up a bit and put together a list of historical fiction novels about the women beside the men, the First Ladies! All blurbs are from Goodreads. 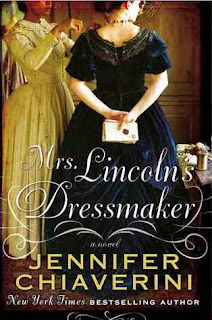 In Mrs. Lincoln’s Dressmaker, novelist Jennifer Chiaverini presents a stunning account of the friendship that blossomed between Mary Todd Lincoln and her seamstress, Elizabeth “Lizzie” Keckley, a former slave who gained her professional reputation in Washington, D.C. by outfitting the city’s elite. Keckley made history by sewing for First Lady Mary Todd Lincoln within the White House, a trusted witness to many private moments between the President and his wife, two of the most compelling figures in American history.

In March 1861, Mrs. Lincoln chose Keckley from among a number of applicants to be her personal “modiste,” responsible not only for creating the First Lady’s gowns, but also for dressing Mrs. Lincoln in the beautiful attire Keckley had fashioned. The relationship between the two women quickly evolved, as Keckley was drawn into the intimate life of the Lincoln family, supporting Mary Todd Lincoln in the loss of first her son, and then her husband to the assassination that stunned the nation and the world. 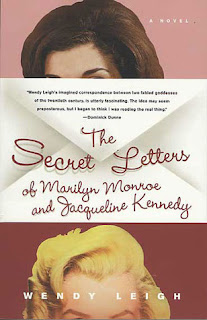 The Secret Letters is a thrilling, compulsive novel with a unique premise: What if Marilyn Monroe and Jackie Kennedy---the two most iconic women of our time---had met and begun a secret correspondence?

A compelling page-turner set against the glittering backdrop of Hollywood and Washington during the 1950s and 1960s, The Secret Letters presents Marilyn and Jackie as you have never seen them before. As the story unfolds, we discover the two legends, the wife and the mistress, as friends and enemies, both in love with the same man---Jack Kennedy.

Author Wendy Leigh has created a daring concept and delivers it in fascinating detail. Each letter is rich with factual research on both women, the turbulent era in which they lived and loved, and the people who touched their lives. 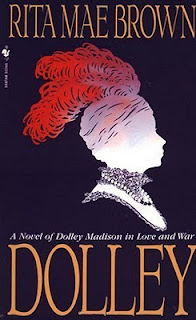 She had the president's ear and the nation's heart.

She's the wife of the fourth president of the United States; a spirited charmer who adores parties, the latest French fashions, and the tender, brilliant man who is her husband. But while many love her, few suspect how complex Dolley Madison really is.

Only in the pages of her diary—as imagined by novelist Rita Mae Brown—can Dolley fully reveal herself. And there we discover the real first lady—impulsive, courageous, and wise—as she faces her harshest trial: in 1814, the United States is once more at war with mighty Britain, and her beloved James is the most hated man in America.

From the White House receptions she gaily presides over to her wild escape from a Washington under siege, Dolley gives us a legend, made warmly human. For there has never been a first lady so testedèor, one who came through the fire so brilliantly. 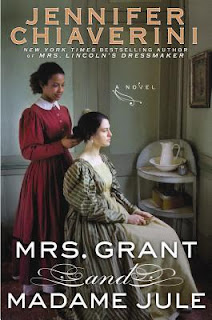 Since childhood, Julia owned as a slave another Julia, known as Jule. Jule guarded her mistress’s closely held twin secrets: She had perilously poor vision but was gifted with prophetic sight. So it was that Jule became Julia’s eyes to the world.
And what a world it was, marked by gathering clouds of war. The Grants vowed never to be separated, but as Ulysses rose through the ranks—becoming general in chief of the Union Army—so did the stakes of their pact. During the war, Julia would travel, often in the company of Jule and the four Grant children, facing unreliable transportation and certain danger to be at her husband’s side.

Yet Julia and Jule saw two different wars. While Julia spoke out for women—Union and Confederate—she continued to hold Jule as a slave behind Union lines. Upon the signing of the Emancipation Proclamation, Jule claimed her freedom and rose to prominence as a businesswoman in her own right, taking the honorary title Madame. The two women’s paths continued to cross throughout the Grants’ White House years in Washington, DC, and later in New York City, the site of Grant’s Tomb. 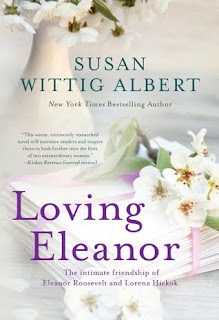 Set during the chaotic years of the Great Depression, the New Deal, and the Second World War, Loving Eleanor reveals Eleanor Roosevelt as a complex, contradictory, and entirely human woman who is pulled in many directions by her obligations to her husband and family and her role as the nation's First Lady. Hick is revealed as an accomplished journalist, who, at the pinnacle of her career, gives it all up for the woman she loves. Then, as Eleanor is transformed into Eleanor Everywhere, First Lady of the World, Hick must create her own independent, productive life. Loving Eleanor is a profoundly moving novel that illuminates a relationship we are seldom privileged to see, celebrating the depth and durability of women's love.