Review: This Time Around 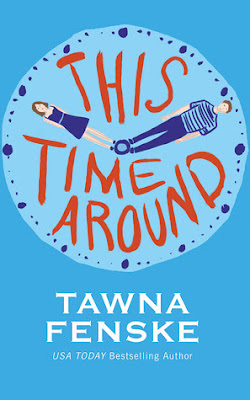 
Allie Ross is not living the life she once dreamed. Her law career ended before it ever started, her parents landed in jail for running a Ponzi scheme, and she just inherited her grandmother’s B&B—which is nice, even if it is full of extra-toed cats. As for her love life…she’d rather not talk about it.

When Jack Carpenter reaches out to reconnect with Allie, the girl who broke his heart in college, his plan is to impress her with the adult he’s become. Sure, he was a deadbeat then, but life has forced him to grow up. And it’s a relief to find out that things didn’t necessarily go the way Allie expected either.

As Allie and Jack get reacquainted, they rediscover the things they loved—and hated—about each other. But who they are now isn’t who they were then, and secrets—old and new—will test whether they have a future together, or if the past is destined to repeat itself. - from Goodreads

I don't generally read a lot of contemporary romance books, but I really liked the sound of this one and I was not disappointed!

Allie and Jack dated as teenagers, eventually getting engaged early in college.  But then they break up and don't see each other for 16 years, until Jack moves back to town and gets in touch with Allie.  The spark is still there, but could a relationship between them work now?

A huge part of the story is who Jack and Allie were the first time they dated versus who they are now.  Back then, Allie was the organized, responsible one, with dreams of going to law school and getting married, and she came from a wealthy family who didn't approve of Jack, who was basically a slacker with no real ambitions and terrible with money.  Fast forward 16 years, and the two have basically switched places in life.  Allie never finished law school and has three more failed engagements to her name; her parents are now in prison.  Jack, however, really turned his life around - he eventually finished college, started a successful career, got married (his wife unfortunately passes away), and had a daughter.

A lot of the issues that plagued their relationship as teenagers aren't really factors anymore, because of the benefit of time.  Allie and Jack have both grown up, and their experiences (plus the chemistry they always had) potentially make them better partners for each other now.  There's a sense of familiarity combined with chances to learn new things about each other.  But - and there's always a but - there's still some hesitation.  Maybe some of their old problems will resurface, or maybe there will be new ones...

Fenske has crafted a fast-moving, sexy, and mostly lighthearted second-chance romance.  Allie and Jack are relatable and realistic main characters, and there is a good cast of secondary characters that provide humor and heart.