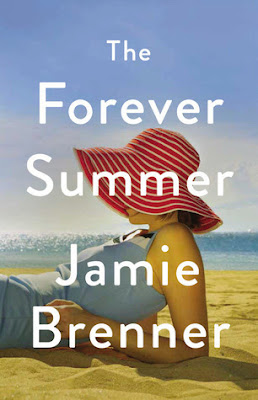 
When a DNA test reveals long-buried secrets, three generations of women reunite on Cape Cod for the homecoming of a lifetime.

Marin Bishop has always played by the rules, and it's paid off: at twenty-eight she has a handsome fiancé, a prestigious Manhattan legal career, and the hard-won admiration of her father. But one moment of weakness leaves Marin unemployed and alone, all in a single day. Then a woman claiming to be Marin's half-sister shows up, and it's all Marin can do not to break down completely. Seeking escape, Marin agrees to a road trip to meet the grandmother she never knew she had. As the summer unfolds at her grandmother's quaint beachside B&B, it becomes clear that the truth of her half-sister is just the beginning of revelations that will change Marin's life forever. THE FOREVER SUMMER is a delicious page-turner and a provocative exploration of what happens when our notions of love, truth, and family are put to the ultimate test. - from Goodreads

Marin is not having an easy time of it - she begins an affair with a superior at her law firm, then breaks up with her fiance, and when her affair is discovered at work, both she and the man are fired.  And to top it off?  A woman who says she is Marin's half-sister shows up, upending Marin's beliefs about her perfect family.  Rachel and Marin, along with Marin's mother, travel to Provincetown to meet Amelia, the girls' shared grandmother, where they spend a summer getting to know each other and facing up to the many issues they all have.

There are so many secrets in this novel, and they come fast and furious.  I felt like every chapter brought a new revelation - it was really astounding how many things all of these characters were hiding from each other, and how a fluke DNA test caused all of these decades-old secrets to spill out over one summer.

While I generally enjoyed the main female characters, I thought the secondary male characters were very weak.  How these women put up with such wishy-washy, can't make up their minds men is beyond me.  It was a little frustrating that the men were so similar.  However, I did like the sense of community in the novel - Amelia and her wife Kelly have built a solid life running a B&B and they have a close group of friends that all take care of each other.

There were a lot of heavy topics in this book (like adultery and cancer), but it didn't feel like a heavy read.  I flew through this book in just a couple days.  If you're looking for a fast-moving story about family ties, with a beachy summer setting, I'd recommend taking this book on your next vacation.