"Waiting on" Wednesday: The House Between Tides 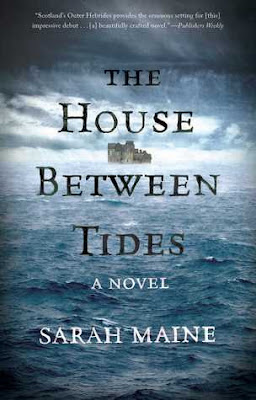 The House Between Tides

Kate Morton meets Daphne du Maurier in this atmospheric debut novel about a woman who discovers the century-old remains of a murder victim on her family’s Scottish estate, plunging her into an investigation of its mysterious former occupants.

Following the death of her last living relative, Hetty Deveraux leaves London and her strained relationship behind for Muirlan, her ancestral home in Scotland’s Outer Hebrides. She intends to renovate the ruinous house into a hotel, but the shocking discovery of human remains brings her ambitious restoration plans to an abrupt halt before they even begin. Few physical clues are left to identify the body, but one thing is certain: this person did not die a natural death.

Hungry for answers, Hetty discovers that Muirlan was once the refuge of her distant relative Theo Blake, the acclaimed painter and naturalist who brought his new bride, Beatrice, there in 1910. Yet ancient gossip and a handful of leads reveal that their marriage was far from perfect; Beatrice eventually vanished from the island, never to return, and Theo withdrew from society, his paintings becoming increasingly dark and disturbing.

What happened between them has remained a mystery, but as Hetty listens to the locals and studies the masterful paintings produced by Theo during his short-lived marriage, she uncovers secrets that still reverberate through the small island community—and will lead her to the identity of the long-hidden body. - from Goodreads