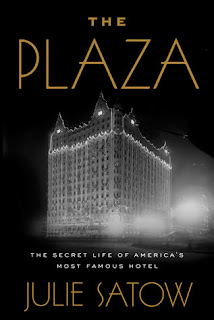 The Plaza: The Secret Life of America's Most Famous Hotel by Julie Satow (2019)

Journalist Julie Satow details the history of the Plaza Hotel in New York City in this engaging and well-written nonfiction book.

I was drawn to this book because I love learning about iconic NYC locations, and it did not disappoint.   From its 1907 opening day to its current iteration as combination hotel and condominium building, Satow hits upon all the highs and lows the Plaza has seen during its over 100 years of existence.  Everyone from Truman Capote to F. Scott Fitzgerald to the Beatles have graced its halls.  At one point it was owned by Donald Trump, who has the unique distinction of being the only owner to bankrupt the historic hotel.  The book is very well-researched, but the writing never feels dry; Satow is able to inject a lot of heart and warmth into all the stories she relays. I also appreciated the way Satow placed the Plaza into a larger historical context, detailing the ways the hotel adapted and reacted to various major events of the 20th century, so the book becomes not just a history of the hotel, but also an intriguing view of New York City's history.  4.5 stars 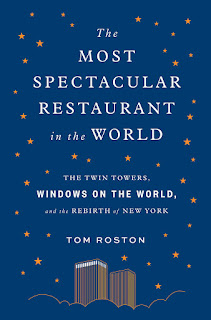 The Most Spectacular Restaurant in the World by Tom Roston (2019)

In 1976, Windows on the World restaurant opened inside the North Tower of the World Trade Center.  Just 25 short years later, the restaurant would be destroyed in the September 11th attacks, but author Tom Roston has put together a history of and tribute to the famous restaurant in his new nonfiction book.

This book was a unique look inside how a restaurant is born - but not just any restaurant, one of the most well-known, beloved, and successful restaurants in the world.  Opening during a time of intense strife in NYC, Windows on the World helped transform the image of the World Trade Center.  It shared ups and downs with the city, including closing for a long period of time after the 1993 World Trade Center bombing, to reopen refreshed and to massive acclaim.  It was so interesting to learn how the consultants and owners put together this space that was literally a quarter mile in the sky - could they even run gas lines that high?  Roston also included great information about the many people involved, although he could get a little snarky at times.  Keep a tissue handy for the last 30 pages or so, as Roston details what happened at Windows on 9/11.   4 stars
Posted by Angela at 3:00 AM