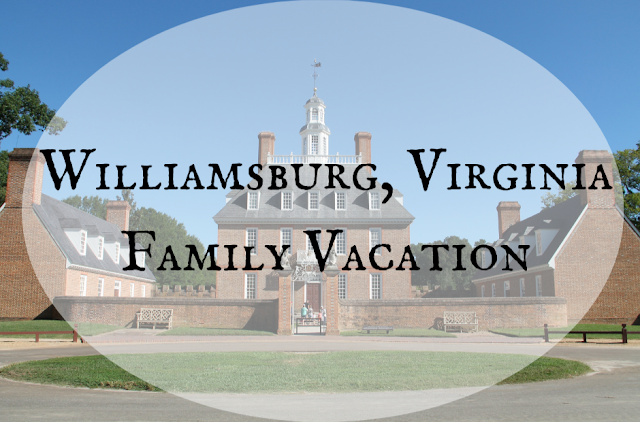 My sister Michele and I wanted to plan a joint vacation this year (along with Tom and her husband and daughter), and several months ago we decided on Williamsburg, Virginia.  We had been there when we were younger and wanted to go back, plus it didn't involve a plane ride!  So, at the end of August, we hopped in our cars and headed down!

For our full first day there, we decided to head to Busch Gardens, a themed amusement park just a few miles from where we were staying.  We spent ALL DAY at the park - there was just so much to see and so many rides to go on.  I'm not usually one for rides too much, but I decided to go on one of the roller coasters, Verbolten, because it didn't seem too crazy (i.e. it didn't go upside-down).  Mistakes were made, guys - most of the ride ended up being in the dark and it was so disorienting!  Then, at one point the tracks drop out from beneath you, and there were several instances where the coaster would slow down somewhat, only to then shoot you off like a cannon.  I needed a minute after that ride. 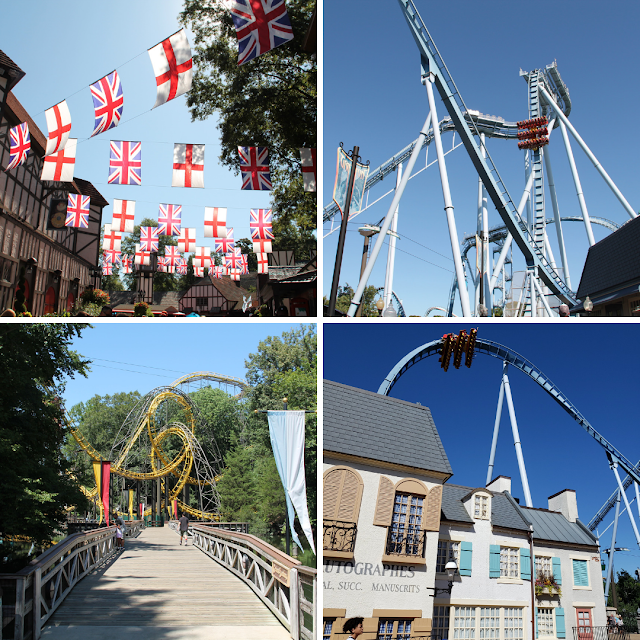 The park is really beautiful, though, with each section representing a European country.  I would highly recommend checking out tickets online ahead of time, because we were able to get this incredible deal on a 7-day unlimited pass for Busch Gardens, Colonial Williamsburg, and Water Country USA.

On our second day, we visited Colonial Williamsburg.  We toured the Governor's Palace and walked around the gardens.  We visited several of the trade shops, and it was really neat to learn about the different methods and materials that people used to use.  The cabinetmaker was particularly interesting, and he showed us an elaborate table he was working on.  We also visited the bindery (and learned how expensive books used to be), the magazine (armory), miliner, tin shop, and colonial garden. 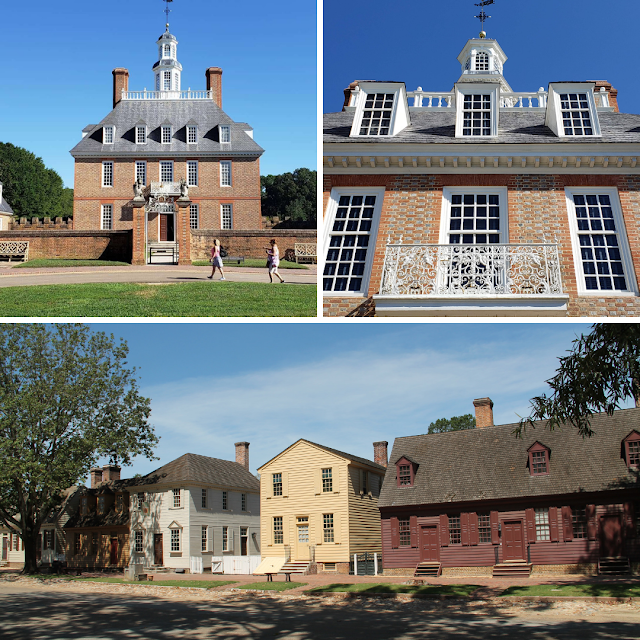 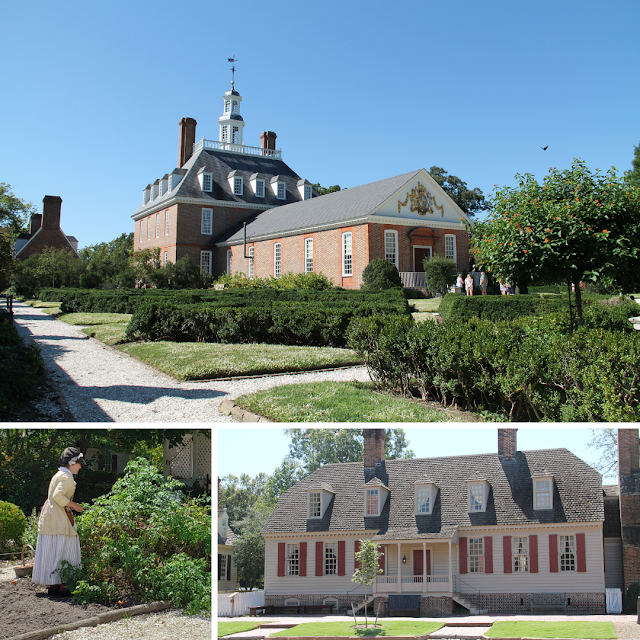 On our third day, Tom and I ventured off by ourselves to York River State Park to do some hiking.  This park was so lovely and peaceful.  The trails were very well-marked, which I always appreciate!  The area was mostly flat, as well.  One nice area along the hike was Fossil Beach, right on the York River. 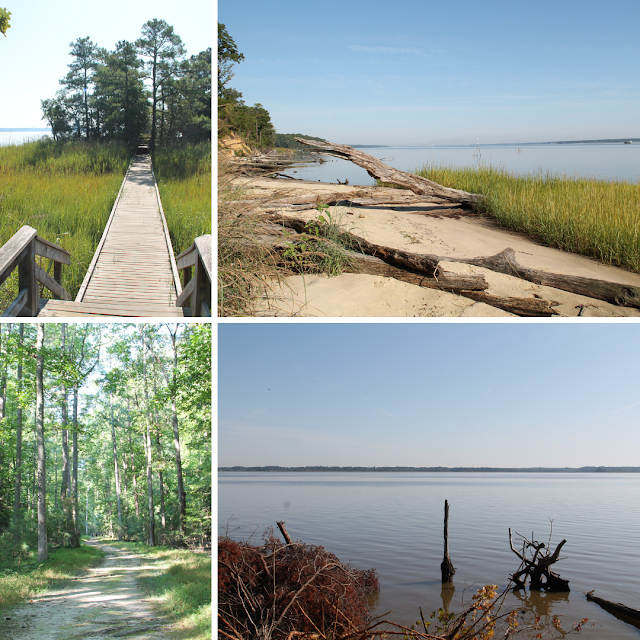 In the afternoon, we all went over to Merchant's Square, which is a charming little area right next door to Colonial Williamsburg that has modern shops and restaurants.  We did a little shopping and walked back into Colonial Williamsburg for a bit.  That night, we went back to Busch Gardens, and it was SO crowded.  It was fun, though, to see everything at night and we got to see the fireworks, which we all enjoyed.

For our last full day in Virginia, we decided to keep it pretty relaxed.  We went over to Freedom Park, where there is a small (but free!) botanical garden.  Then we headed to the Yankee Candle store, which is enormous.  It even has an entire Christmas section where it snows!  In the afternoon, Tom and I took a drive down the Colonial Parkway to Jamestown - the Colonial Parkway is a scenic byway that connects the three major historical areas of Jamestown, Williamsburg, and Yorktown.  It was a beautiful ride, mostly along the water! 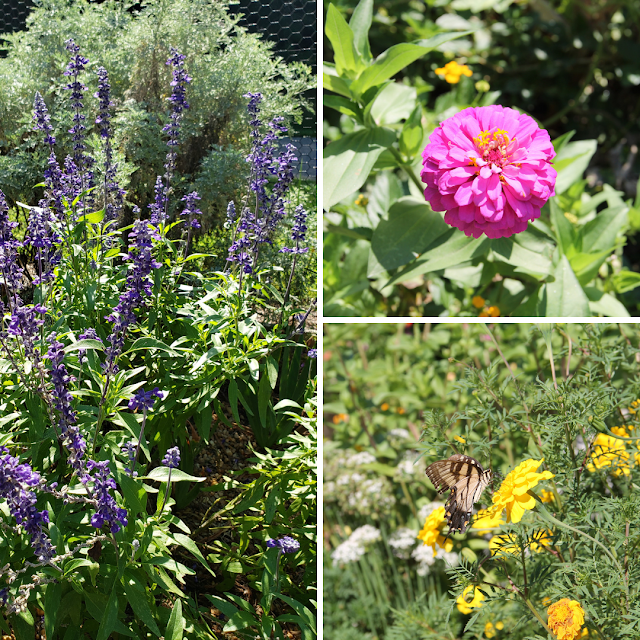 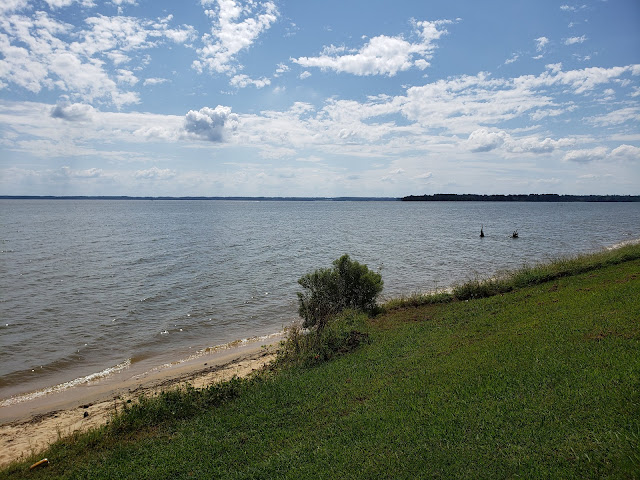 Overall, we had a fantastic time.  Williamsburg is a beautiful area, and it has so much to do for kids and adults of all ages!


Have you ever been to Williamsburg?
Posted by Angela at 3:00 AM