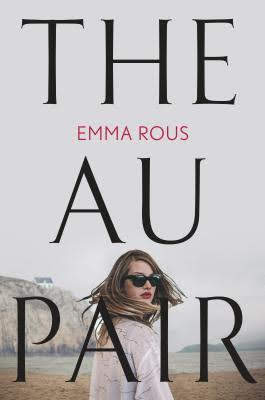 
Seraphine Mayes and her twin brother Danny were born in the middle of summer at their family’s estate on the Norfolk coast. Within hours of their birth, their mother threw herself from the cliffs, the au pair fled, and the village thrilled with whispers of dark cloaks, changelings, and the aloof couple who drew a young nanny into their inner circle.

Now an adult, Seraphine mourns the recent death of her father. While going through his belongings, she uncovers a family photograph that raises dangerous questions. It was taken on the day the twins were born, and in the photo, their mother, surrounded by her husband and her young son, is beautifully dressed, smiling serenely, and holding just one baby.

Who is the child and what really happened that day?

One person knows the truth, if only Seraphine can find her. - from Goodreads

When Seraphine finds a photo taken the day she and her twin brother were born that shows only one baby, she begins to suspect that something isn't right.  As a twin myself, I have been looking forward to this one for awhile; unfortunately, I was a bit disappointed.

The book started out with so much promise: I thought the writing was good.  It flowed nicely and never felt over-dramatic or flowery.  I liked the setting of the estate of Summerbourne; I could really tell how much the characters loved the home, especially Seraphine. It had a bit of a gothic feel, which I always enjoy.

The story moves between the past, narrated by au pair Laura, who was there the day that Seraphine and her twin Danny were born, and the present, narrated by Seraphine.  Both women are a bit melancholy, unsure of where their lives are headed.  Normally, I appreciate a dual timeline story, but here I was often confused; I don't know if it's because the timelines are so close together or what, but I had to keep reminding myself who was who and at what age.

The premise of the story, the missing twin and the mother who killed herself the day they were born, was intriguing, but I kind of guessed early on what the twist might be.  Although I didn't get it completely right, I was pretty close.  The plot relied entirely too much on coincidences and total suspension of disbelief.  When the mystery was finally solved, it was very convoluted; I felt like the author had to really spell it out so the reader could understand it.  And it hinged on one person acting completely out of character, or at least it seemed that way to me.