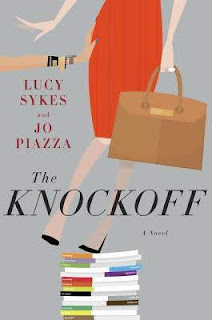 The Knockoff by Lucy Sykes and Jo Piazza (2015)

When Glossy magazine editor Imogen Tate returns from medical leave, she finds her former assistant has been hired to turn the print magazine into an online-only presence - and Imogen will have to learn to adapt to a tech-savvy office.

I thought the premise of this book sounded very modern and timely.  Lots of magazines and newspapers are scaling back on print versions and focusing more on their websites.  I felt bad for Imogen that she had no idea this was going to happen; she was just thrown into it upon her return.  Watching her learn to use social media was entertaining, although I found it a little hard to believe that someone only in their early 40s was still printing out all their emails.

Eve, former assistant-turned-editoral director, was just the most unlikable character.  The way she treated her staff, making them work all hours of the day and night; the way she sabotaged Imogen at every turn; the way she turned her wedding into a social media event - just crazy.  She was too over-the-top at times, more caricature than character.  It's hard to believe that someone could be that awful.  On the other hand, Imogen felt a little too perfect at times.

I enjoyed the writing; it was very easy to read.  The story, though, felt a bit choppy, as though it was just skipping from one situation to the next with not enough regard for a complete story arc.  3.5 stars 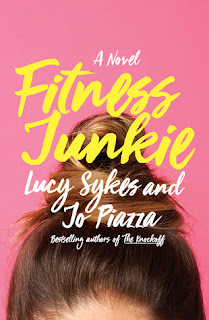 When Janey's business partner Beau makes her take a leave of absence in order to lose weight, she plunges into the New York City fitness scene.

Think of the most ridiculous workout regimens and diets you can, and it's probably in this book - topless yoga, clay diets, shamans, invite-only workouts, the list goes on and on.  The sad thing is, there's probably a lot of truth in some of these things.  I thought the book did a good job at exploring how women, mostly very wealthy ones, will do just about anything to lose weight.

Janey, as a main character, is kind of blah.  She's a divorced, 40-year-old woman who owns a wedding dress business with her best friend, Beau.  Beau doesn't show up a lot in the novel, except to tell Janey she's fat, but I never got a good feeling about him.  Janey is supposed to be smart and savvy, and she never realized how awful of a person Beau is and has always been?  I appreciated that by the end she learned to stand up for herself, and her return to the dating world was pretty cute to read about.  3.5 stars
Posted by Angela at 3:00 AM