Nonfiction Mini-Reviews: The (Not So) Political Edition 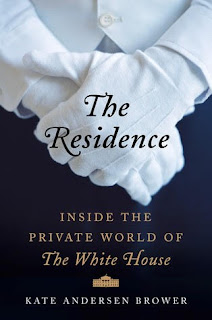 The Residence: Inside the Private World of the White House by Kate Andersen Brower (2015)

What's it like to work in one of the most famous houses in the world?  The Residence introduces readers to the staff members that have served the first families, from the Kennedys to the Obamas, as they provide anecdotes and memories of their years in the White House.

I found this book to be a fascinating and engaging read.  Although at times it felt a bit scattered (it was organized thematically, so the various Presidents and families were kind of all jumbled together in each chapter), I thoroughly enjoyed the stories told.  Yes, some were embarrassing and unpleasant, but there were plenty of heartwarming stories, too.  There was a chapter on children in the White House, and the chapter that focused on the sorrow following President Kennedy's assassination and the chaos of 9/11 left me in tears many times.

I loved learning about the quick transition between first families on Inauguration Day (the staff only has 6 hours to get the residence ready!) and how for many workers, this isn't a typical 9-5 job.  It was interesting to see the balancing act performed by the staff members, who want to provide comfort and stability for the family while having to remain somewhat invisible.  And who knew that the President has to pay for his own groceries?  4.5 stars 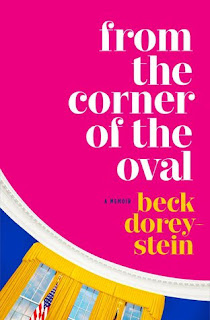 From The Corner of the Oval by Beck Dorey-Stein (2018)

Beck Dorey-Stein lands herself a job as a stenographer taping and typing up President Obama's speeches, interviews, and conference calls.  She also delves into her personal life in the memoir, including her disastrous love life.

I enjoyed this book, although I probably wasn't as enamored as many others were by it.  I thought it was a quick and easy read from an interesting perspective.  Dorey-Stein was a relatively low-level employee, but she also had incredible access: she had some problems fitting into the staff hierarchy and often felt like it was an unfriendly or cliquey place to work, but she was able to make some friends and accompany the President on amazing trips all over the world.  I loved how much she admired and respected President Obama, and the way she incorporated global and domestic events that transpired during her years in the White House was nice.

However, I didn't really care for all the talk about her relationships.  It was a little bit eye roll-inducing to read about her back-and-forth affair with another staffer.  She had no willpower when it came to him and he came across as pretty despicable (he constantly cheated on his long-time girlfriend with Dorey-Stein and several other women).  I kept wishing she would gain a bigger sense of self-worth and finally open her eyes.  3.5 stars
Posted by Angela at 4:00 AM