I think you guys know by now that I'm a sucker for time travel romances - and I've found two more! 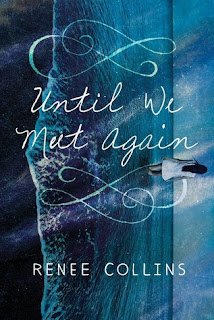 Cassandra feels trapped in a high-society town until she meets Lawrence on the beach, but their relationship becomes complicated when they realize they are separated by 90 years.

In 2015, Cassandra is lost: she doesn't know what she wants to do with her life, she has few friends, and she doesn't fit in.  In 1925, Lawrence's life is being planned out for him by his father and uncle, and he's too scared to tell them that he really wants to be a writer.  Through some rip in time, Cassandra and Lawrence meet on the beach of the house they share, decades apart.  Their relationship was a bit insta-lovey, but it worked here.  They find a kindred spirit in each other, and the circumstances under which they meet are rather romantic, so it's forgiven!

I liked the way the author played with the time travel aspect, especially how Cassandra is concerned with changing the future.  When she discovers that Lawrence is supposed to be murdered in just two weeks, she obviously wants to stop it, but she worries that maybe she is the one putting things in motion.  Things got a little tense as the story inched closer to that night, and I worried for Lawrence.  I enjoyed the way the story moved between the two characters' points of view, and they felt very distinct, especially since Collins did a great job creating the 1920s scenes.  The ending was very clever and unexpected.  4 stars 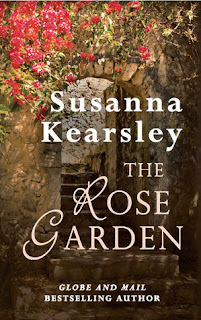 The Rose Garden by Susanna Kearsley (2011)

After the death of her sister, Eva Ward travels to Trelowarth, an estate in Cornwall where the sisters spent their childhood summers.  While there, she finds herself inexplicably traveling back and forth to 1715, leaving her wondering where her place really is in the world.

This was my first Susanna Kearsley book and I can confidently say it won't be my last.  I loved Kearsley's writing; it's very elegant and rich without being stuffy, and the gothic, almost melancholy feel comes through strong, especially in the first part of the book.

Eva is an interesting main character.  Even though she is close to the family who lives at Trelowarth (and they are all fabulous characters), she finds herself drawn to the inhabitants of 1715, eventually falling in love with one of the brothers who lives there.  I can't imagine how frustrating it must have been for Eva to not be able to control the time travel; she would disappear and reappear without warning.  I actually wanted a bit more of the romance between Eva and Daniel, which is surprising for me.  The way the author tied in real historical events was interesting, although the pacing of the story felt a bit slow at times.  However, there was an unexpected twist at the end that left me with a huge smile on my face and brought the whole story together.  4.5 stars
Posted by Angela at 4:00 AM