Back in December, I did a post on time travel romances I've read and enjoyed.  Since then, I've read a couple more, so here are my reviews! 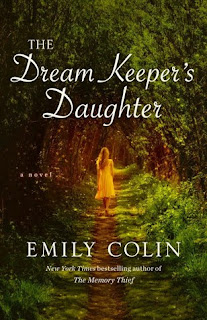 Isabel has been raising her daughter Finn alone since her boyfriend Max disappeared shortly after she told him she was pregnant.  What she doesn't know is that Max has been pulled back through time, to his ancestor's plantation in 1816 Barbados, and that he's trying to get back to them before he gets caught in the middle of a deadly slave uprising.

This book had a lot going on - not only was there time travel and romance, there were also some supernatural/paranormal elements, historical fiction, friendships, relationships between parents and children, and family secrets.  It worked for awhile, but by the end I was lost and felt the story was dragging on.

I loved the writing; the author had an easy, flowing style.  At the beginning, the pacing was also really good - although some might feel it's slow, I liked the way the story moved back and forth between Isabel and Max's points of view (Isabel wondering if she should have hope that Max is still alive and Max trying to stop the rebellion).  However, the last 100 pages or so didn't work for me.  Isabel's best friend Ryan reveals that he has been in love with her for years, and the drama between the two of them as they decide whether to embark on a relationship was just awkward.  I don't think the story needed this element; I would have been more happy to have the focus on Isabel's conflicting feelings about both Max and her mother, who also disappeared when Isabel was younger. 3.5 stars 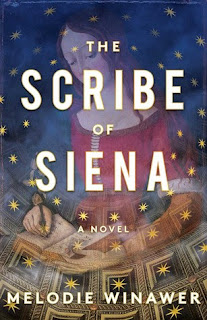 The Scribe of Siena by Melodie Winawer (2017)

A neurosurgeon taking care of her late brother's estate in Siena, Italy, is transported back to the 14th century, where she finds herself falling in love with an artist on the eve of the Plague's arrival.

I really enjoyed this book - the writing was absolutely lovely, the characters were fully fleshed-out, and the setting was rich.  Winawer did a great job in setting the scene; the descriptions of 14th century Italy and life at that time transported me to the era.  Beatrice was a multi-dimensional main character - although a neurosurgeon by trade, she also had an interest in history, and when she found herself in 1347 Siena, she adapted very quickly to her new surroundings, even finding herself a job and surprising herself with a lack of desire to get back.  The secondary characters added a lot of heart to the story.

Besides being just a love story between Beatrice and artist Gabriele, there is also quite a bit of intrigue, as Beatrice tries to figure out why Siena will be hard-hit by the Plague, causing the city's downfall.  She and Gabriele are pulled into situations more dangerous than they expect.  My only quibble with the story was that it did seem to move quite slowly at times.  4 stars