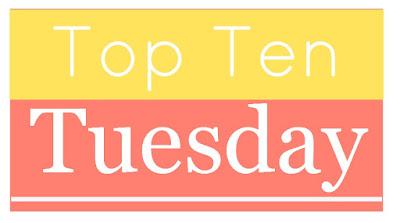 Top Ten Tuesday is a weekly feature hosted by The Broke and the Bookish.  This week's topic is a Mother's Day freebie, so I wanted to do something a little different and talk about mothers and mother figures featured in the Harry Potter books!

Lily Potter
Lily loved her son Harry so much that she made the ultimate sacrifice for him, and her death saved Harry and allowed him to defeat Voldemort so many years later.

Molly Weasley
Who wouldn't want Molly Weasley as a mother?  She's a great cook, knits a mean sweater, and she would do ANYTHING for her children.

Narcissa Malfoy
Her love for her son Draco redeems her.  She is so protective of him that she even betrayed Voldemort, saying that Harry was dead after being struck by the Killing Curse (even though he wasn't) and ensuring she would be reunited with her family.

Mrs. Granger
Even though we don't see a lot of Hermione's mother, I think she's very proud of her daughter and accepting of the new magical world Hermione has entered, even if it's a bit overwhelming for her.  I mean, Mrs. Granger really just wants Hermione to do well in school, even if that school teaches some unorthodox topics.

Petunia Dursley
Sure, she was a pretty (ok, extremely) crappy mother to Harry, but Petunia still took her nephew in and no one can deny that she was a loving mother to Dudley and spoiled him rotten.

Augusta Longbottom
She raised her grandson Neville after his parents were institutionalized.  Although she could be a bit scary and stern, I think Neville learned a lot from her and she was proud of the wizard he became.

Professor McGonagall
She never had children of her own, but I think part of Minerva McGonagall saw her students like her children, especially Harry, Ron, and Hermione.  Tough when she needed to be, she also went out of her way to help them and was loving and kind in her own way.  Plus, protecting the students of Hogwarts was a huge part of her story.

What are your favorite moments of motherhood from the Harry Potter books?