Review: After The Fall 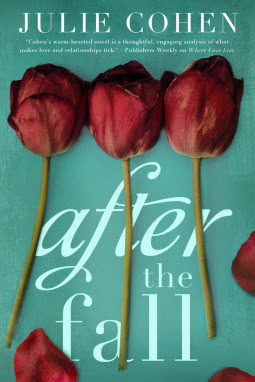 
When an unfortunate accident forces Honor back into the lives of her widowed daughter-in-law, Jo, and her only granddaughter, Lydia, she cannot wait to be well enough to get back to her own home. However, the longer she stays with Jo and Lydia, the more they start to feel like a real family. But each of the three women is keeping secrets from the others that threaten to destroy the lives they’ve come to know.

Honor’s secret threatens to rob her of the independence she’s guarded ferociously for eighty years.

Jo’s secret could destroy the “normal” family life she’s fought so hard to build and maintain.

Lydia’s secret could bring her love―or the loss of everything that matters most to her.

One summer’s day, grandmother, mother and daughter’s secrets will be forced out in the open in a single dramatic moment that leaves them all asking: is there such a thing as second chances? - from Goodreads

After The Fall is a story about three generations of women, learning to live with each other while still hiding the biggest parts of themselves.  When Honor is injured in a fall, her daughter-in-law Jo invites her to stay with her and her daughter Lydia until she heals.

Jo and Honor have always had a difficult relationship, which became even more strained after the death of Jo's husband and Honor's son, Stephen.  This part of the book was very relatable, since I think a lot of women have trouble connecting with their mothers-in-law.  Quite often there's tension and a feeling of inadequacy.

Jo, Honor, and Lydia each have a secret.  I didn't think any of the secrets were earth-shattering, but I can see how each might want to hide their true feelings.  In Honor's case, her secret could lead to the end of the independent life she has created for herself; Lydia's secret is tough because she's a teenager, and teenagers are so cruel to each other.

For me, Jo's story and secret were the weak link.  Jo is one of those people who's perpetually happy and cheerful, always taking care of others.  She just didn't seem real.  She has a secret because she made a ridiculous promise to her 16-year-old daughter.  Letting your children tell you who and when you can date is not the greatest idea, but Jo also seems to exhibit little self-control when it comes to a certain man.

Overall, this book was a quick, easy read about the changing relationships between the three women.  I especially liked the growth that Honor's character experienced throughout the novel.  The ending seemed to come out of nowhere and was a bit jarring, but if you enjoy stories about family relationships, you may enjoy this one.