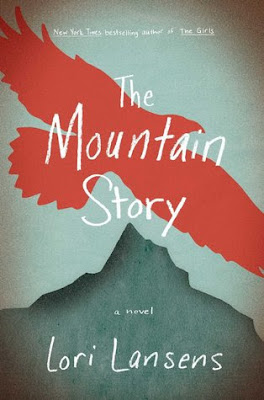 Five days. Four hikers. Three survivors. From Lori Lansens, author of the national bestsellers Rush Home Road, The Girls and The Wife's Tale comes a gripping tale of adventure, sacrifice and survival in the unforgiving wilderness of a legendary mountain.

On his 18th birthday, Wolf Truly takes the tramway to the top of the mountain that looms over Palm Springs, intending to jump to his death. Instead he encounters strangers wandering in the mountain wilderness, three women who will change the course of his life. Through a series of missteps he and the women wind up stranded, in view of the city below, but without a way down. They endure five days in freezing temperatures without food or water or shelter, and somehow find the courage to carry on.
Wolf, now a grown man, has never told his son, or anyone, what happened on the mountain during those five days, but he can't put it off any longer. And in telling the story to his only child, Daniel, he at last explores the nature of the ties that bind and the sacrifices people will make for love. The mountain still has a hold on Wolf, composed of equal parts beauty and terror. - from Goodreads

Up until the ending, I was thoroughly enjoying this book.  Wolf planned to kill himself that day on the mountain (and through flashbacks we learn the hardships Wolf has faced in his life, from his mother dying young, to his unreliable father, to an accident that nearly killed his best friend), but through a chance encounter, his plans are derailed.  He meets three women (Nola, Bridget, and Vonn) and the group becomes lost on the mountain with no easy way out.

I loved how Mother Nature was an important character in the book.  Animals lurked just out of sight, leaving the reader to worry if and when they would strike.  The wind took on a life of its own, making the stranded hikers think they were hearing water or a search helicopter.

The ending kind of fell apart a little for me.  It all seemed to happen too quickly and finding out the true paternity of Wolf's son Daniel (the book is basically a letter to his son finally telling him about his experience on the mountain) was a bit of an unnecessary downer.  However, I would read this book again.

4 stars - The story moved along at a good pace and was suspenseful without knocking you over the head.  I would recommend this to nature enthusiasts and fans of survival stories!
Posted by Angela at 9:00 AM