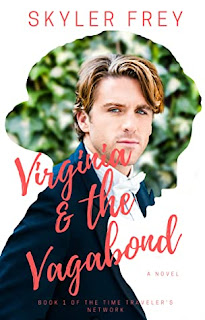 Virginia and The Vagabond by Skyler Frey (2020)

Thank you to Stephanie at Bookfever for the recommendation!

After being accidentally transported back to 1912 England, Virginia is stunned to meet Eric Rylander, a famous actor from her own time.  The two have an instant connection, but there is more than one hurdle to their relationship.

I'm always up for a good time travel romance, and this was a good one.  I enjoyed the twist of Eric being a famous actor in his own time and then becoming one again over 100 years earlier.  Virginia and Eric's relationship, although it moved quickly, made sense - they can relate to each other and share a different world.  I did think Virginia's character was a bit muddled - in some ways her modern instincts come through, but in others she seems overly traditional.  I loved the inclusion of a big historical event and couldn't read fast enough to see how the characters would come out of it.  There were a few too many typos for me, but the story did set itself up nicely for the next installment with the addition of a rather sinister-sounding Network of time travelers running around.  3.5 stars 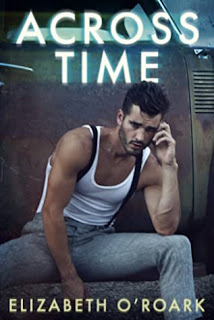 Time traveler Amelie, plagued by dreams of her deceased sister, decides she needs to find fellow time traveler Marie in pre-war France and help her in some way.  While there, she also finds herself falling for Marie's brother, Henri.

This book has stellar reviews on Goodreads, so I feel like a bit of an outlier because I didn't love this one.  The pacing was really off.  For a good chunk of the book, it felt like nothing was happening to move the story forward.  I also didn't think some things were explained well.  There are lots of time travelers, but they seem to be disappearing, including Marie's mother and Amelie's aunt.  There's some sort of prophecy involved?  I don't know, I just wish more time had been spent on worldbuilding.  Amelie goes back to her own time for a bit, and that was just so confusing.  I did enjoy the way Henri challenged Amelie and really made her think about her life and the choices she was making.  Maybe more will be explained in the second book in the duology, but I'm not sure if I'll be reading it.  3 stars
Posted by Angela at 3:00 AM