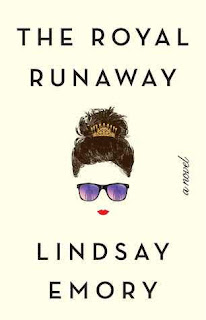 The Royal Runaway by Lindsay Emory (2018)

Princess Theodora is shocked when her fiance doesn't show up on their wedding day, but a visit from his brother (who just happens to be a spy) leads Thea to wonder if this was more than just a case of cold feet.

I thought this book was a fun spin on the books about royalty I normally read - instead of getting her happily-ever-after, Thea's wedding day is ruined and she gets drawn into a web of lies and intrigue (both political and romantic).  The story was well-paced, and there were a few twists I didn't see coming - I didn't know who to trust!

I did have some issues with this book, though.  I felt like there were a lot of inconsistencies - even after it becomes obvious that something nefarious was going on, Thea still kept saying that Christian dumped her - I mean, the man hasn't been seen in 4 months, no one thought that was weird?  Also, there were several instances where other characters described Thea as prone to running away, when actually she seemed the most duty-bound of her whole family.  3.5 stars 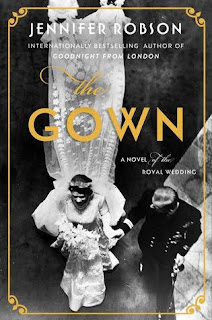 Ok, historical fiction, dual timelines, a connection to Queen Elizabeth - this book sounds like it has everything for me.  While I didn't expect that there would be a ton of action in a story about the creation of Queen Elizabeth's wedding dress, I also didn't think it would be so... bland.  Unfortunately, this one was a let-down.

In 1947, Ann and Miriam are embroiderers working for the designer that would create Queen (then Princess) Elizabeth's wedding dress.  In 2016, Heather is going through her late grandmother Ann's possessions when she finds pieces of embroidery that match the Queen's dress, and she sets off on a quest to find out more about her grandmother's life before she emigrated to Canada.

Normally I love dual timelines, but the present-day timeline was almost completely unnecessary.  It just served to show how little Ann's family knew about her.  The past storyline was... okay, for lack of a better word.  There is one unsettling and traumatic event that ends up defining Ann's life, and while I sympathize, I still didn't understand why she had to cut off her friends in England completely and never tell her family about her life in England.  I was just frustrated.  I wanted better character development, I wanted more of the royal family.  There were hints about how the wedding was affecting the country as a whole (was it right to have a lavish wedding so soon after the war, when people were still struggling?  or would it be a great reason to have everyone come together and celebrate?), and that I enjoyed.  2.5 stars
Posted by Angela at 3:00 AM