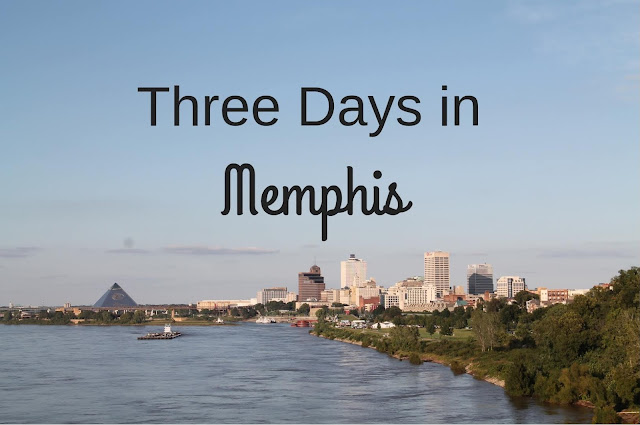 For my mom's 60th birthday, she decided to go on a Mississippi River cruise that launched from Memphis, Tennessee, and ended in New Orleans, Louisiana.  My brother and his family, my sister and her family, and Tom and I met up with her in Memphis earlier this month to do a little family vacation before she got on the boat!  Please bear with me because this is going to be a long post!

We flew into Memphis on Friday night and hung out at the Airbnb house that we rented for the weekend.  We planned our strategy for the weekend - with 8 adults and 3 kids under 3, we needed a game plan!

On Saturday morning, my brother, his wife, and their two boys went to the Fire Museum of Memphis while the rest of us took a Historic Memphis Walking Tour run by Backbeat Tours.  We walked along a bluff overlooking the Mississippi River and then along the trolley tracks.  While our tour guide could have been a little more succinct in his stories and thus talked about more things, I thought the tour was a great way to see some of the city. 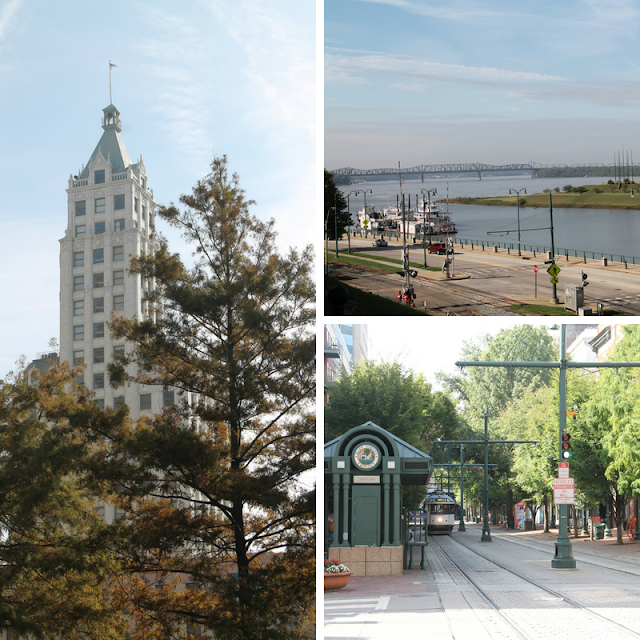 After the tour, my mom and stepdad took the kids back for naps and the rest of us walked along Beale Street.  There was a parade going on for some of the day, so it was just mobbed with people, but the atmosphere was so fun!  Lots of bars, lots of live music.  Later in the afternoon, we all went over to Big River Crossing, which is a mile-long pedestrian bridge that crosses the Mississippi river into Arkansas - it was cool to be able to be standing in two states at once, right in the middle of the river! 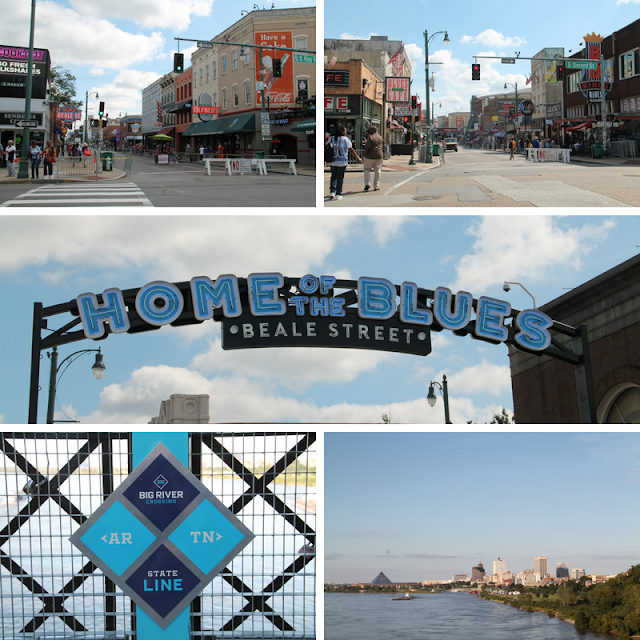 On Sunday morning, we all visited the Memphis Zoo.  Everyone loved it, especially the kids!  The zoo was so well-put together, with all these different sections marked by creative architecture.  We got there right when it opened and many of the animals were waiting for us! 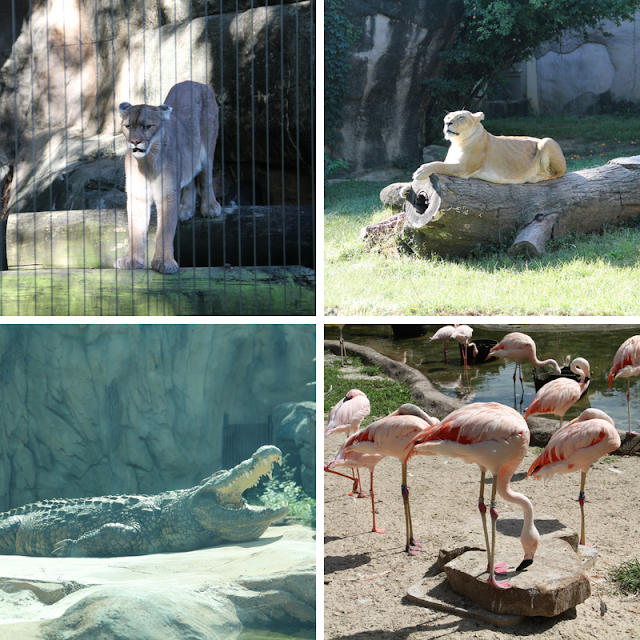 What's a trip to Memphis without a tour of Graceland?  My mom is a huge Elvis fan, so while the kids and a couple adults went to the Children's Museum (which they said was awesome), the rest of us drove over to tour Elvis Presley's house.  I'll be honest, the tickets were a bit pricey, and we did the most basic option, which was just an audio tour of the house and admission to his private planes.  There was a whole entertainment center that we didn't visit because it cost extra.

Surprisingly, the house isn't huge, but it's been preserved exactly as it was when he lived there.  You can't go upstairs; Elvis always considered that a private family area and his wishes are still honored today.  His daughter Lisa Marie visits the house and stays there a couple times a year.  The grounds are beautiful and there are even horses in the stables.  Elvis and his parents are buried in a meditation garden at the house. 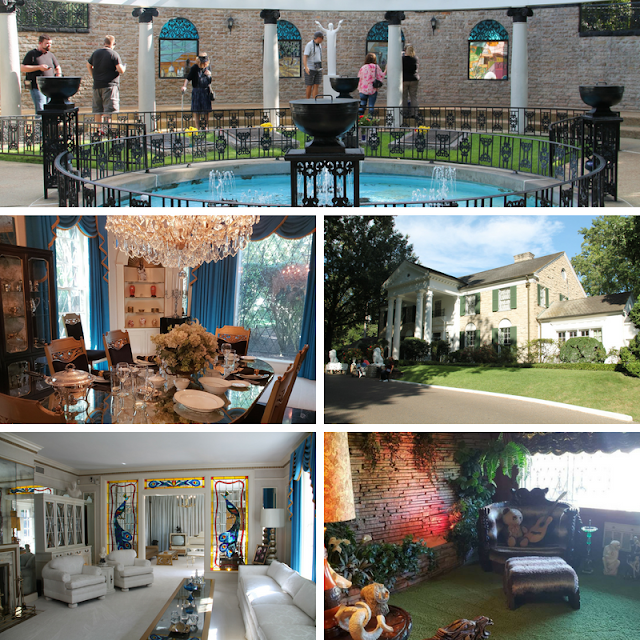 Monday was our last day in Memphis.  We went to the Memphis Botanic Garden in the morning; this place was just beautiful and so well-done.  There was an extensive children's play area and the kids had a blast. 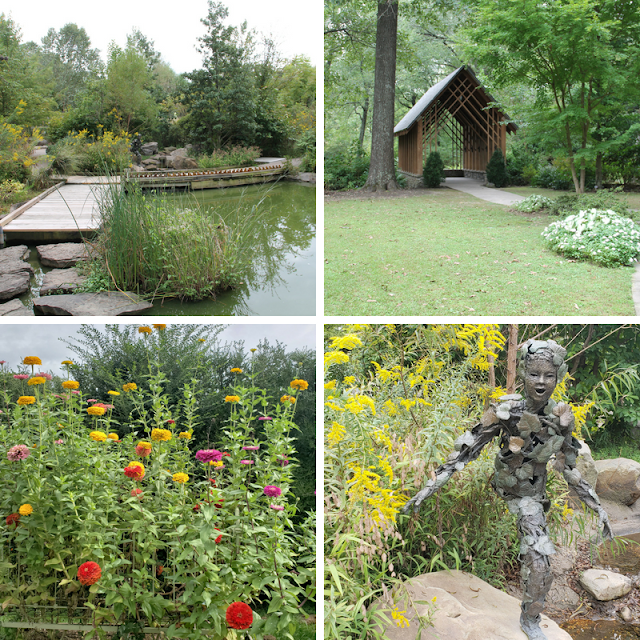 Tom and I always seem to go on some kind of boat cruise wherever we go, so I booked a riverboat cruise for the afternoon.  The tour guide was really great and he actually talked the whole 1.5 hour cruise, which I appreciated.  It was so breezy and cool on the water. 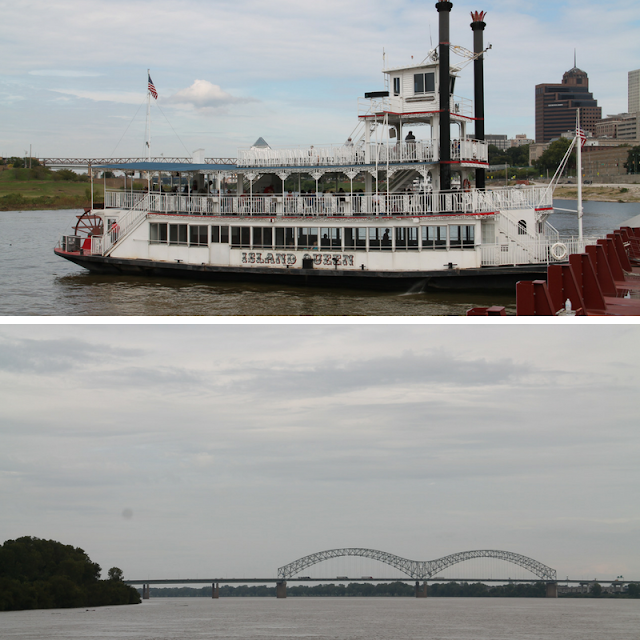 Although we didn't get to explore some of the music or civil rights museums while we were there, we all had a great time in Memphis, and of course, it was just so fun to have the family together and spend time with everyone!
Posted by Angela at 4:00 AM